STRASBOURG (AFP) - The 29-year-old man sought by police over a shooting in Strasbourg lived in a small apartment in a ramshackle housing bloc and has convictions in France and several European countries after a life of crime, officials say.

The man, Cherif Chekatt, lived in the Poteries area of Strasbourg about a 20-minute tram ride west of the centre of the French city and its Christmas market where the attack struck.

"It's a building for desperate people. No one wants to live there," one local, Bemba N'diaye, 37, told an AFP reporter near the nine-storey concrete bloc where Chekatt's name is on a letterbox.

Others said the man was known in the area owing to his criminal record, but he kept a low profile, only venturing downstairs for a coffee and baguette.

"His family has lived around here for a while, but he lived on his own nearby," Zach, a 22-year-old, said. "He was discreet, not a thug."

The suspected gunman has been sentenced 27 times, mostly in France where he was born, but also in Germany, Switzerland as well as Luxembourg which are easily reached from Strasbourg. 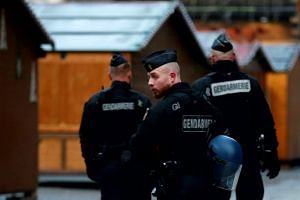 His crimes range from violence to robbery, but not terrorism.

Chekatt was added to a watchlist of possible extremists while in prison in France in 2015 after he "called for practising a radical form of religion", French Deputy Interior Minister Laurent Nunez said on Wednesday (Dec 12).

He has since been monitored by France's domestic intelligence agency, the DGSI, which is occupied monitoring a large number of suspected extremists in France.

Some 25,000 people are currently on the "S" extremism watchlist, 9,700 of them for radicalism "linked mainly to Islamist terror movements", according to the Interior Ministry.

"He is an individual who has unfortunately been known for a very long time for crime," Interior Minister Christophe Castaner told French MPs on Wednesday.

"From the age of 10, his behaviour was already criminal. He had his first sentence at 13 years old," Mr Castaner said.

On a photograph released by French authorities, the suspect has dark eyes, black hair and a short beard.

Police had tried to detain Chekatt on Tuesday morning in connection with an attempted murder inquiry, but he was not at home, Mr Nunez told France Inter radio on Wednesday.

A grenade, four knives and a rifle were found during a search of his apartment, prosecutors have said.

Alarmed by their find, police began their manhunt for Chekatt.

German authorities were on the lookout for the fugitive on Wednesday "along the Rhine" river which serves as the border between France and Germany, a spokesman from the Baden-Wuerttemberg region said.

"But at the moment we do not believe that he has crossed into the country," he added.

According to Germany's Tagesspiegel newspaper, Chekatt broke into a dentist practice in Mainz, Rhineland Palatinate state, in 2012, making away with cash, stamps and gold used for teeth fillings.

Four years later, he targeted a pharmacy in the Lake Constance town of Engen, Baden-Wuerttemberg, pocketing cash. He served a year behind bars in 2016 before being expelled back to France.

Luxembourg Prime Minister Xavier Bettel told his country's Parliament that the shooter was involved in a robbery there in 2012, without offering any more details.

"He has ticked all the boxes of the profiles seen before." 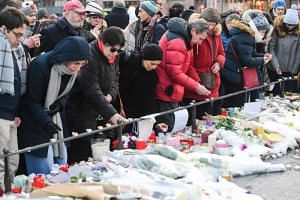 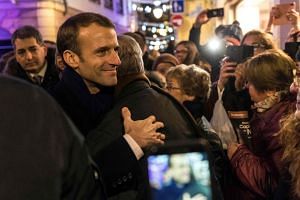 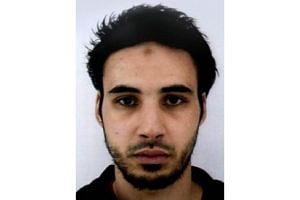 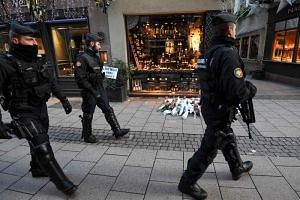 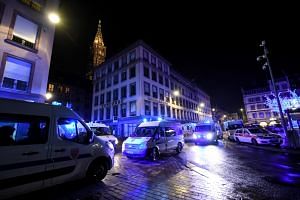 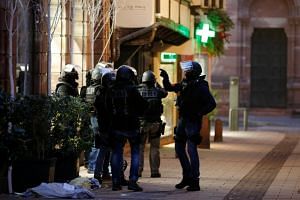 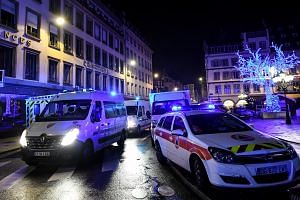 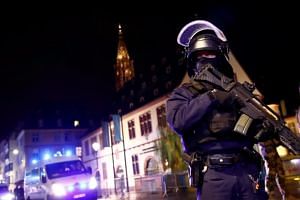