Such a change far outstrips current projections and could be catastrophic for vast swathes of humanity, a team at Australian National University concluded in a study.

During the last interglacial period, "sea levels rose at up to three metres per century, far exceeding the roughly 0.3-metre rise observed over the past 150 years", they said in a blog about their findings, published on Wednesday (Nov 6) in the journal Nature Communications.

Over the last million years, Earth has alternated between roughly 100,000-year-long cold periods - ice ages - and shorter, temperate spells such as the last 11,500 years, known as the Holocene.

The scientists reported that during Earth's last interglacial period 125,000 to 118,000 years ago, when temperatures were only 1 deg C higher than today, the sea rose 10m.

The findings do not necessarily foretell our short-term future, but they do provide a plausible analog for the consequences of man-made climate change.

"Greenhouse gas emissions over the past 200 years have caused climate changes that are faster and more extreme than experienced during the last interglacial," the scientists noted.

TASTE OF THINGS TO COME

"This means past rates of sea level rise provide only low-end predictions of what might happen in the future." 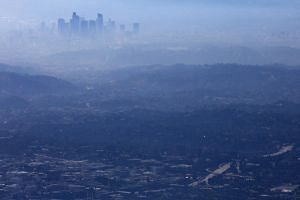 More than 11,000 scientists from around the world declare a ‘climate emergency’

Cities could be an ally in climate change fight: Experts

Far from being a "sleeping giant", Antarctica is a key variable in rising sea levels, with ice sheets that "can change quickly".

In the last interglacial period, it was ice loss in Antarctica - as is happening today - that changed "the way the Earth's oceans circulated", they added.

"This caused warming in the northern polar region and triggered ice melt in Greenland."

The Greenland and West Antarctic ice sheets have on average shed more than 430 billion tonnes of mass every year since 2005, according to the UN Intergovernmental Panel on Climate Change (IPCC).

Current estimates project sea levels will rise 70cm-100cm by 2100, depending on greenhouse gas emission rates over the next several decades.

But under any scenario, the IPCC warned in a landmark report released in September, the pace of sea level rise will pick up sharply over the course of the next century - from a few millimetres per year today to as much as a couple of centimetres.

"What is striking about the last interglacial period is how high and quickly sea level rose above present levels," the ANU team said.

"Temperatures during the last interglacial were similar to those projected in the near future, which means melting polar ice sheets will likely affect future sea levels far more dramatically than anticipated to date."

A crucial point is that warming and ice loss are now happening in both polar regions at the same time.

"That means that if climate change continues unabated, Earth's past dramatic sea level rise could be a small taste of what's to come," they concluded.