MOSCOW (AFP) - Russia's Parliament on Wednesday (Sept 26) unanimously approved President Vladimir Putin's amendments to a deeply unpopular pension reform plan that has led to a rare outburst of public anger in the country.

Parliament's lower house, the State Duma, approved Putin's proposal to soften the reform, raising the state pension age for women by five years to 60, instead of eight years to 63.

In a rare televised address in August, the Russian President proposed a number of concessions, in an apparent attempt to stem a major fall in his approval ratings.

"We have reached a consensus on this matter and everyone has supported the president's amendments," said Duma speaker Vyacheslav Volodin on Wednesday.

The reform Bill was approved by the State Duma in a first reading in July. It has to be approved in a key second and third reading before being signed into law by Putin.

The reform - that would see Russian men retire at 65 instead 60 - has sparked a rare outburst of public anger, with tens of thousands rallying across Russia in recent months.

Putin's announcement of the concessions has done little to pacify ordinary Russians. 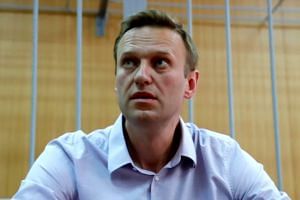 Most are opposed to the hike in retirement age and critics said the reform would essentially rob ordinary people of their earnings.

Street protests have continued and the Kremlin faced a rare electoral crisis after candidates of the ruling party failed to win governorship polls in four regions this month.

Some 3,000 people demonstrated in Moscow last week against the reform in a protest organised by the Communist Party.

Heeding a call by protest leader Alexei Navalny, thousands of Russians took to the streets across the country to protest against the reform earlier this month.

The pension reform, which was announced the day the World Cup started in Russia in June, will be the first retirement age increase in the country in nearly 90 years.

Given the low life expectancy of Russian men - 65 years - many would not live long enough under the reform to receive a state pension.