WASHINGTON (REUTERS) - The United States on Tuesday (Aug 21) announced sanctions on two Russian shipping companies and six vessels it said were involved in the transfer of refined petroleum products to North Korean vessels in violation of United Nations. restrictions.

Russian Deputy Foreign Minister Sergei Ryabkov called the sanctions as well as other US steps over alleged hacking, groundless, and promised a response.

"Ship-to-ship transfers with North Korea-flagged vessels from Russia or elsewhere of any goods being supplied, sold, or transferred to or from (North Korea) are prohibited under the UN Security Council resolutions on North Korea and are sanctionable under US law," US Treasury Secretary Steven Mnuchin said in a statement.

"Consequences for violating these sanctions will remain in place until we have achieved the final, fully verified denuclearisation of North Korea," Mnuchin added.

The United States has been pressuring North Korea via sanctions to give up its nuclear weapons programme. 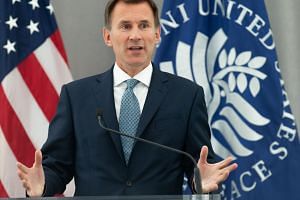 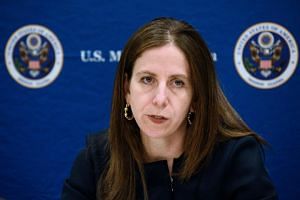 US officials threaten more economic pain if Russia does not change

It said the buyer was the Taesong Bank, a North Korean entity subordinate to the Workers' Party of Korea Office 39,"which engages in illicit economic activities for North Korean leadership."

Taesong Bank has already been slapped with both UN and US sanctions.

In a statement published on the Russian Foreign Ministry website, Ryabkov said the latest sanctions were introduced under a "false pretense."

Tuesday's announcement came just days after Washington imposed sanctions on a Russian port service agency as well as Chinese companies for aiding North Korean ships and selling alcohol and tobacco to Pyongyang in breach of US sanctions.

After last week's announcement, Russia said the United States had acted without evidence on the basis of groundless accusations and said it was working on retaliatory measures.