PARIS (BLOOMBERG) - Renault SA plans to turn over evidence to French authorities that jailed former chairman Carlos Ghosn may have misused company benefits to host his extravagant 2016 wedding, marking the first time the carmaker has disclosed possible improprieties by the executive in France.

"The elements gathered so far require additional checks to be carried out," Renault said in a statement on Thursday (Feb 7).

A €50,000 (S$76,900) contribution was part of a sponsorship deal between the automaker and the Chateau de Versailles, leading Renault "to bring these facts to the attention of the judicial authorities".

The contribution was related to Ghosn's wedding celebration held at the historic castle outside Paris, according to a person familiar with the matter who asked not to be named because the information is not public. It is the estimated cost of renting out the premises under a philanthropy contract signed by Ghosn that entitled the carmaker to hold corporate events, the person said.

Renault's disclosure marks the first time the carmaker has uncovered potential wrongdoing by the fallen executive in France after allegations of financial crimes by Japanese authorities.

Its findings stem from an internal probe Renault started in November shortly after Ghosn was arrested in Tokyo. He was quickly ousted by alliance partners Nissan Motor and Mitsubishi Motors and resigned as chairman and chief executive officer of Renault last month.

Renault's investigation found that Ghosn was likely the sole beneficiary of the Versailles event and not the company, according to the person. 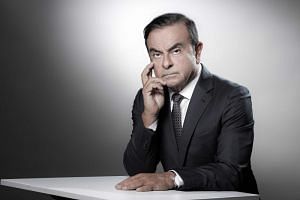 Carlos Ghosn says arrest was result of 'plot and treason' at Nissan: Nikkei 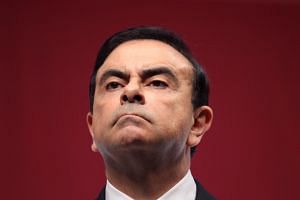 Ghosn and his wife Carole used the Grand Trianon part of the sprawling castle and gardens for a party they threw in 2016 inspired by Sofia Coppola's 2006 film, Marie Antoinette.

The nuptials were followed by a photo spread published in Town & Country magazine showing actors in period costumes, along with eye-popping arrays of desserts and snaps of Ghosn and his family.

Marie Antoinette came to symbolise the opulent lifestyle of French aristocracy at a time of revolt. She was executed four years after the revolution.

Born in Brazil, raised in Lebanon and educated in Paris, Ghosn jetted around the world visiting car plants, meeting ministers and eating and sleeping in the world's finest restaurants and hotels. Revelations since his arrest have lifted the veil on luxury homes, opulent decor and lavish entertaining.

Ghosn's ouster from the Japanese companies has created tension within their three-company partnership. Renault has agreed to Nissan's demands that both companies investigate the finances of RNBV, the Dutch company that manages the alliance.

The French carmaker's new chairman, Mr Jean-Dominique Senard, has pledged to mend the alliance and overhaul Renault's governance. He is expected to unveil plans for Renault next month, the person said.