LONDON - Renowned British physicist Stephen Hawking, whose mental genius and physical disability made him a household name and inspiration across the globe, has died at age 76, his family said Wednesday (March 14).

Born on January 8, 1942 - 300 years to the day after the death of the father of modern science, Galileo Galilei - Stephen William Hawking became one of the world's most well-regarded scientists and entered the pantheon of science titans.

His death was announced on the 139th anniversary of the birth of Albert Einstein. Inside the shell of his increasingly useless body was a razor-sharp mind, with an enduring fascination with the mysteries of black holes.

His work focused on bringing together relativity - the nature of space and time - and quantum theory - how the smallest particles behave - to explain the creation of the Universe and how it is governed.

Here are some quotes from the extraordinary man:

"My goal is simple. It is a complete understanding of the universe, why it is as it is and why it exists at all."

"We are running out of space, and the only place we can go to are other worlds. It is time to explore other solar systems. Spreading out may be the only thing that saves us from ourselves. I am convinced that humans need to leave Earth."

"Black holes ain't as black as they are painted. They are not the eternal prisons they were once thought. Things can get out of a black hole, both to the outside, and possibly, to another universe. So, if you feel you are in a black hole, don't give up. There's a way out."

ON HIS REPUTATION AS THE SECOND COMING OF ALBERT EINSTEIN

"I fit the part of a disabled genius. At least, I'm disabled - even though I'm not a genius like Einstein. The public wants heroes. They made Einstein a hero, and now they're making me a hero, though with much less justification."

"Physics was always the most boring subject at school because it was so easy and obvious. Chemistry was much more fun because unexpected things, such as explosions, kept happening. But physics and astronomy offered the hope of understanding where we came from and why we are here. I wanted to fathom the depths of the Universe."

ON THE BIG BANG THEORY

"Perhaps there was never a start and would be no end, but just change - a constant transition of one "universe" giving way to another through glitches in space-time."

ON DEATH AND AFTERLIFE

"I have lived with the prospect of an early death for the last 49 years. I'm not afraid of death, but I'm in no hurry to die. I have so much I want to do first. I regard the brain as a computer which will stop working when its components fail. There is no heaven or afterlife for broken down computers; that is a fairy story for people afraid of the dark."

"Galileo, Einstein, Darwin and Marilyn Monroe. My daughter and secretary gave me posters of her, my son gave me a Marilyn bag and my wife a Marilyn towel. I suppose you could say she was a model of the universe."

ON WHAT HE THOUGHT ABOUT MOST

"Women. They are a complete mystery."

ON WHY HE TOOK RISKS

"I want to show that people need not be limited by physical handicaps as long as they are not disabled in spirit." 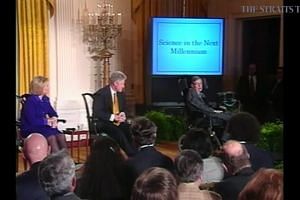 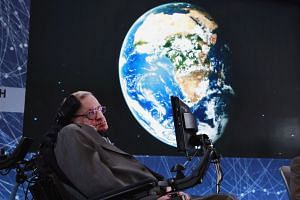 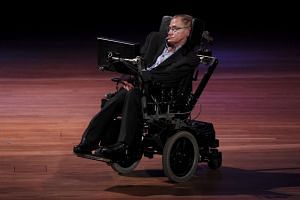 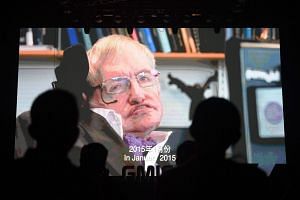 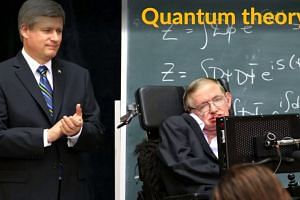