LONDON (AFP) – Prince Charles, the eldest son and heir to Queen Elizabeth II, is showing mild symptoms of the new coronavirus and is self-isolating in Scotland, his office said on Wednesday (March 25), as Prime Minister Boris Johnson praised the country’s response to tackling the outbreak.

The 71-year-old Prince of Wales is staying on his mother’s sprawling Balmoral estate in Scotland, but “otherwise remains in good health”.

The disclosure about the future king, whose age puts him in the most-risk category for the disease, came as Britain said there were more than 8,000 cases of Covid-19 and 422 deaths.

The government on Monday ordered a three-week lockdown of the country to cut close-contact transmission, to slow the rate of infection and reduce the burden on health-care services.

Government advice is for the elderly and most vulnerable, including those with underlying health issues, to stay at home, and anyone displaying symptoms to self-isolate for seven days.

The 93-year-old queen has been staying with her 98-year-old husband Prince Philip at Windsor Castle, 820km south of Balmoral, since March 19.

Given their age – and Prince Philip’s stay in hospital at Christmas – the prince’s diagnosis prompted questions about their potential exposure to the virus.

But a Buckingham Palace spokeswoman said: “Her Majesty the Queen remains in good health."

“The Queen last saw the Prince of Wales briefly after the investiture on the morning of March 12, and is following all the appropriate advice with regards to her welfare.”

She would not say whether the queen had been tested for coronavirus when contacted by AFP. 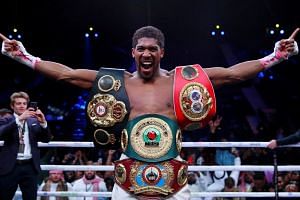 The duke was not with the queen at Buckingham Palace when she last met Charles, the domestic Press Association news agency added.

Charles has been in touch with his eldest son, second-in-line to the throne Prince William, who is in Norfolk, eastern England, with his wife and their children, and youngest son Prince Harry, who is in Canada.

Charles and Camilla, who married in 2005, were tested despite concern that tests were not routinely available for members of the public with symptoms, and health and social care workers.

“It is not possible to ascertain from whom the prince caught the virus owing to the high number of engagements he carried out in his public role during recent weeks,” his office said.

But British media reported the prince had attended an event with Prince Albert of Monaco on March 10. Royal officials in the principality announced on March 19 that Albert tested positive.

Charles’ last public engagement was on March 12 when he attended an event in aid of the Australian Bushfire Appeal in central London.

He then had private meetings on his Highgrove country retreat in southwest England before heading to Scotland on Sunday.

Since the outbreak, he has made a point of not shaking hands and has adopted the “namaste” greeting. All those he came into recent contact with have been informed, royal sources said.

The queen last week called on people to work together to tackle the crisis, recalling community efforts of the past to overcome common threats.

Johnson told parliament on Wednesday he was impressed by the response, after 170,000 members of the public immediately answered a call for 250,000 volunteers to help the vulnerable.

Some 35,000 extra health-care staff – from retired doctors, nurses and other health professionals to final year medics and student nurses – are also being drafted in to help.

“We are coming together as a nation in a way I have not seen in my lifetime to help to fight a disease and help save the lives of many, many thousands of our fellow citizens,” he said.

Parliament adjourns a week early on Wednesday after lawmakers pass emergency legislation to deal with the outbreak.