The Huawei employee is a Chinese citizen responsible for sales to public sector clients in Poland, according to TVPInfo.

The other detained person is a former high-ranking official at Poland's internal security agency who worked at mobile phone operator Orange Polska SA, the broadcaster said. They will remain in custody for three months.

"We must now verify the activities aimed against the country and this case is far from closed," Mr Stanislaw Zaryn, spokesman for Poland's secret services chief, told TVPInfo. If convicted, they face up to 10 years in jail, he said.

A Huawei representative said the company was looking into the matter.

TVPInfo named the two accused as Weijing W and Piotr D, in line with Polish law which prohibits the publications of full names of those detained. 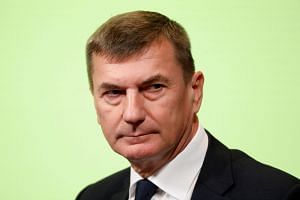 The Chinese technology giant is facing increasing pressure across the European Union amid growing concerns that Beijing could use Huawei's gear for spying - something the company has always denied. The United States has been pushing European governments to block Huawei from telecom networks amid a wider dispute over trade between the world's two biggest economies.

Orange Polska worked with Huawei last year on introducing the latest fifth-generation, or 5G, wireless network in the country of 38 million. Its parent company, France's Orange SA, will no longer work with the Chinese company in France, chief executive officer Stephane Richard said on Tuesday.

It's not clear if its Polish unit has followed suit. Orange Polska's spokesman Wojciech Jabczynski declined to comment on Huawei cooperation while confirming that the Warsaw-based company handed over an employee's belongings to the Polish authorities on Tuesday.