LONDON (WASHINGTON POST) - As US President Donald Trump called for owners  American football teams to suspend or fire players who protested the national anthem, players and coaches answered defiantly Sunday morning, with most members of the Baltimore Ravens and Jacksonville Jaguars either standing with their arms locked in solidarity or taking a knee on the field.

The show of defiance comes hours after Trump on Sunday morning (Sept 24)  renewed his demand that NFL (National Football League)  owners fire or suspend players who kneel during the national anthem in protest, again urging that fans should boycott the sport to force change.

"NFL attendance and ratings are WAY DOWN," he continued in a second tweet. "Boring games yes, but many stay away because they love our country. League should back US."

The tweets continue a three-day crusade by the president to pressure the league to fire players who have taken a knee to protest police violence against minorities. Trump has poured fuel on the flame of a simmering culture war and has further pushed sports deep into the political arena.

Among players, coaches and team owners, the public reaction has been sharply negative to his comments.

Even a close friend, New England Patriots CEO and Chairman Robert Kraft, who donated US$1 million to Trump's inauguration, issued a sharply worded statement Sunday morning that condemned Trump's comments and supported the right of players to peacefully protest "in a manner that they feel is most impactful".

"I am deeply disappointed by the tone of the comments made by the President on Friday," Kraft said. "I am proud to be associated with so many players who make such tremendous contributions in positively impacting our communities." 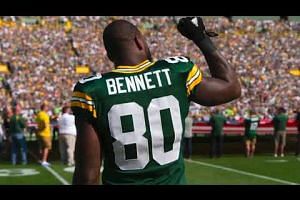 "Their efforts, both on and off the field, help bring people together and make our community stronger," he added. "There is no greater unifier in this country than sports and, unfortunately, nothing more divisive than politics. 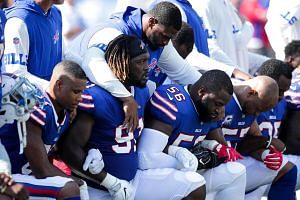 "I think our political leaders could learn a lot from the lessons of teamwork and the importance of working together toward a common goal," Kraft continued. "Our players are intelligent, thoughtful and care deeply about our community and I support their right to peacefully affect social change and raise awareness in a manner that they feel is most impactful."

Patriots players have not protested during the anthem, and two of the team's most prominent members - Coach Bill Belichick and quarterback Tom Brady - also have had ties to the president.

Trump read a supportive letter from Belichick during a campaign rally and Brady, while calling Trump a good friend and golfing buddy, has stopped short of saying that he voted for the president. His wife, supermodel Gisele Bündchen, was more definitive, saying, "NO!" when asked by an Instagram user whether she supported Trump.

Belichick and Kraft were among Patriots players who celebrated the team's Super Bowl victory with a visit to the White House. Brady cited family plans as the reason he stayed away. During that visit, Kraft gave Trump a Super Bowl ring.

Trump has been animated by this issue for more than a year, telling his supporters at a campaign rally in October 2016 that San Francisco 49ers quarterback Colin Kaepernick, who was the first player to kneel in protest, was partly responsible for the drop in ratings.

"The NFL is way down in their ratings, two reasons, No 1 is this politics they're finding is a much rougher game than football and more exciting," Trump said. "And the other reason is Kaepernick."

NFL teams have been accused of blacklisting Kaepernick, who is now a free agent.

Trump seemed to suddenly fixate on the issue again during a rally in Alabama on Friday night, in which he suggested that coaches should get the "son of a bitch" players off the field if they continued to kneel. The comments prompted swift backlash from players, the league and coaches, many of whom condemned Trump's comments.

On Saturday, the president didn't back down, however. He continued to tweet his call for the league to discipline players for showing "total disrespect" for the country.

"If a player wants the privilege of making millions of dollars in the NFL, or other leagues, he or she should not be allowed to disrespect our Great American Flag (or Country) and should stand for the National Anthem," Trump said on Saturday: "If not, YOU'RE FIRED. Find something else to do!"

"This is about respect for the military, the first responders," he said. Mnuchin also declined to criticise the coarse language Trump used, saying, "I think the president can use whatever language he wants to use."

Of the players, Mnuchin said: "They have the right to have their First Amendment off the field. This is a job." Another White House official, Director of Legislative Affairs Marc Short, said on NBC News' "Meet the Press" that Trump is standing with the "vast majority" of Americans who believe the flag "should be respected."

He added that Trump plans to take more action on improving race relations."The president believes it is his role to improve race relations," Short said.

As this week's games kick off Sunday, more players are expected to take a knee in protest after Trump's comments.

But as the president continued his campaign against protesting NFL players, his comments reverberated across other sports, including baseball and basketball.

NBA's Curry responds to Trump: 'It's not what leaders do'

After Golden State Warriors point guard Stephen Curry, who had indicated that he would not go to the White House if invited by Trump, the president preemptively disinvited the team in a tweet on Saturday morning."Going to the White House is considered a great honour for a championship team. Stephen Curry is hesitating, therefore invitation is withdrawn!" Trump said.

The Oakland Raiders offensive linemen, the only entirely African-American offensive line unit in the league, intend to kneel or sit during the anthem preceding the nationally televised Sunday Night Football game against the Washington Redskins on NBC.