BERN (REUTERS) - Banking watchdogs across Europe have begun checking whether lenders have ties to a massive document leak from Panama that showed how offshore companies are used to stash clients' wealth.

Switzerland's financial watchdog FINMA said on Thursday (April 7) that banks must clamp down on money laundering, as the Geneva prosecutor opened a criminal probe.

Four decades of documents from Panamanian law firm Mossack Fonseca, which specialises in setting up offshore companies and has offices in Zurich and Geneva, showed widespread use of those instruments by global banks and triggered investigations across the world. 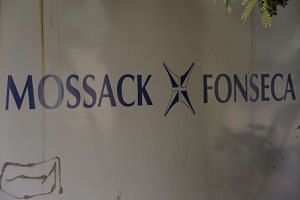 "Do I think we are where we should be in fighting misuse in the financial system? No," FINMA chief executive Mark Branson told Reuters following its annual news conference.

"We think in some ways the risks in Switzerland have risen, not fallen, and that there is more that can be done. We don't want to see large scandals involving Swiss banks."

Switzerland is the world's biggest international wealth management centre with around US$2.5 trillion (S$3.4 trillion) in assets and has taken on more wealth of late from emerging markets, from which it is harder determine the origin of assets, Mr Branson said.

Britain's Financial Conduct Authority said it has written to 20 banks and other financial firms, giving them until April 15 to spell out any involvement they have with the "Panama Papers".

HSBC, Britain's biggest bank and its affiliates created more than 2,300 shell companies with Mossack Fonseca, according to the International Consortium of Investigative Journalists (ICIJ).

HSBC has dismissed suggestions that it used offshore structures to help clients cheat on their taxes.

Also on Thursday, France's ACPR financial regulator said it has told French banks to hand over extra information about their business ties with tax havens.

Watchdogs in Sweden, Netherlands and Austria said earlier this week that they were looking into banks named in the papers.

The chief executive of Austria's Hypo Landesbank Vorarlberg became one of the first top bankers to quit over reports based on the data leak on Thursday, though he denies his bank violated any laws or sanctions.

The "Panama Papers" investigation has exposed financial arrangements of public figures including friends of Russian President Vladimir Putin, relatives of the prime ministers of Britain, Iceland and Pakistan, and the president of Ukraine.

No US banks are among the 10 banks named as the biggest creators of offshore companies for clients in the Panama Papers.But US Senators Elizabeth Warren and Sherrod Brown on Thursday urged the Treasury Department to investigate whether any US or US-linked entity was involved with Mossack Fonseca.

"As the primary agency charged with protecting the integrity of the US financial system and enforcing our laws against money laundering and terrorist financing, we strongly urge the Treasury Department to conduct its own inquiry into Mossack Fonseca's activities and its clients," the senators, both Democrats, wrote in a letter to Treasury Secretary Jack Lew.

The Treasury Department would not comment specifically on the findings in the documents but a spokeswoman said that "the US government intently focuses on investigating possible illicit activity, including violations of US tax laws or sanctions, using all sources of information, both public and non-public."

"If there has been any violation of US tax law or sanctions evasion, we will take appropriate action consistent with the national security and foreign policy of the United States," she said.

The senators, both members of the Senate Banking Committee and both proponents of stronger financial regulation, said they were concerned "this firm may have facilitated money laundering or terrorist financing with sanctioned persons or entities."

Branches of Swiss lenders including UBS and Credit Suisse were mentioned in the leaked documents as being among the main banks that requested offshore companies for clients. Both banks have denied wrongdoing in connection with the practice.

Swiss financial institutions - a focal point of efforts by European governments to crack down on tax avoidance - trailed only Hong Kong in having used Mossack Fonseca, the reports have said.

Mr Branson said FINMA would first check for signs of illegal activity before deciding whether to launch an investigation linked to the Panama Papers. There were a few indications that they may be relevant in Switzerland, Mr Branson said.

Geneva's prosecutor also said on Thursday he had launched a criminal inquiry in connection with leaks that revealed many offshore companies set up by lawyers and institutions in the Swiss lakeside city and financial centre. "Some information has been made public this week and the prosecutor's office wanted to verify if this information showed anything that was against the law," a spokesman for the prosecutor said.

"Yes, it is an industry with a legal dimension. I have been in this business for 30 years and this activity was sought after by foreign nationals. There is nothing illegal, illicit or perception of criminality to it," another Geneva lawyer, Francois Canonica, said on Swiss television on Wednesday night.

Mr Canonica, a former head of the Geneva bar association, referred to a period after the 1981 election of French President Francois Mitterrand, which he said drove French fearful of nationalisation to place their money in offshore Swiss accounts.

Credit Suisse CEO Tidjane Thiam said on Tuesday that his bank was after only lawful assets.

UBS said on Monday it conducted its business in full compliance with applicable law and regulations and that it had no interest in funds that are not taxed or derived from unlawful activities.

FINMA has launched four enforcement proceedings against institutions in the 1MDB case and three over Petrobras.Mr Branson said: "There are concrete indications that the measures those banks had in place to combat money laundering were inadequate."