LONDON (AFP) - British MPs finally approved the terms of Brexit on Thursday (Jan 9), paving the way for Britain to leave the European Union on Jan 31 and for trade talks with Brussels to begin.

Here are the next key steps:

Next week: House of Lords

MPs in the lower parliamentary House of Commons have completed their scrutiny of the divorce deal that Prime Minister Boris Johnson struck with Brussels in October.

It now goes to the unelected upper House of Lords where, unlike the Commons, Johnson has no majority.

However, the scale of his victory in last month's general election and the approval of MPs mean peers are unlikely to make any major changes.

The Lords will begin debating the Brexit deal next Monday, with the bill likely to pass into law by Jan 22 or 23.

The Brexit deal must also be ratified by the European Parliament.

MEPs have been waiting to see what London does after years of political wrangling but are now expected to approve the deal on Jan 29.

With the divorce terms confirmed, Britain will leave the European Union on the next deadline set with Brussels, 2300 GMT Jan 31.

This comes 43 months after Britons voted in the June 2016 referendum to end their nearly half a century of integration with the European Union.

Britain says it is ready to start trade talks on Feb 1 but the EU must work out its position.

Negotiators in Brussels began discussing this week what member states want from the negotiations - and what are their red lines. 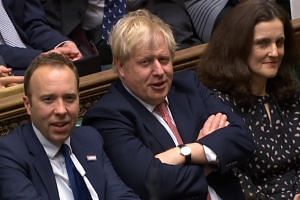 According to two officials, the EU mandate could be approved by national ministers on Feb 25, unless pressure rises to advance the schedule.

Officials on both sides have suggested trade talks could begin around March 1.

The EU-UK Brexit deal includes a transition phase in which relations remain the same in practice until Dec 31, 2020, while they agree a new trade and security partnership.

Britain can ask to extend the period for one or two years, but must inform the EU of its request by July 1. After that, there will be no further opportunities to extend.

Johnson insists there will be no extension.

Without an extension, existing relations between Britain and the EU will be severed on Dec 31, 2020.

Without a new deal, cross-Channel trade, transportation and a multitude of other ties risk being severely disrupted.