LONDON (REUTERS, AFP, AP) - A student from Indonesia has been named as Britain's worst ever rapist after being convicted of more than 150 offences over more than two and a half years.

Reynhard Sinaga, 36, was found guilty of luring 48 men from outside bars and clubs in the city of Manchester back to his flat, where he drugged and assaulted them. In some instances he would then film the attacks on his mobile phone.

"The most prolific rapist ever tried in a British court has today been jailed for life after drugging and assaulting 48 men, following the largest prosecution of its kind in the Crown Prosecution Service's history," the CPS said in a statement.

A judge on Monday (Jan 6) ruled that following four separate trials he must serve a minimum of 30 years in jail.

"His extreme sense of sexual entitlement almost defies belief and he would no doubt still be adding to his staggering tally had he not been caught," said Ian Rushton, a government prosecutor.

"Sinaga's unthreatening demeanour duped these young men - many of whom thanked him for his kindness in offering them a place to stay - into thinking this monster was a Good Samaritan."

“But once back at his flat he used victims as objects purely for his own gratification – then appears to have derived further twisted pleasure from re-watching his films in court and putting victims through the trauma of giving evidence.”

He was caught only when one victim woke up.

“One of your victims described you as a monster,” Judge Goddard said. “The scale and enormity of your offending confirms this as an accurate description.”

Sinaga was convicted of 159 offences, including 136 rapes and eight attempted rapes, at four separate trials, according to the Crown Prosecution Service. 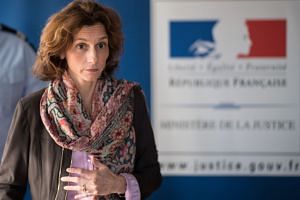 French surgeon may have raped or sexually abused 349 children: Prosecutor

The first trial began in June 2018. The last ended last December. None could be reported until restrictions imposed to avoid prejudicing juries were lifted on Monday.

The CPS said Sinaga was suspected of attacking “scores” more men since he moved to Britain in 2007, calling him “the worst-known sex offender in the country’s history”.

Sinaga, a slightly built, young-looking doctorate student, had claimed his mainly heterosexual victims were acting out his sexual fantasy to play dead during intercourse.

But four trial juries rejected his defence and a character testimony from a local church he had attended in Manchester.

The court was told Sinaga kept men’s belongings as trophies and looked them up on Facebook.

He was arrested in 2017 after the victim who woke up managed to snatch his mobile phone and took it to police.

The CPS said detectives discovered 3.29 terabytes of graphic material of the sexual assaults equivalent to 250 DVDs or 300,000 photos. One of the assaults lasted for eight hours.

Sinaga arrived in Britain from his native Indonesia on a student visa in 2007. He received two degrees in sociology and planning from the University of Manchester and was studying for his PhD at the University of Leeds when he was suspended following his arrest in 2017.

His thesis was called: “Sexuality and everyday transnationalism. South Asian gay and bisexual men in Manchester."

“It is almost beyond belief that someone who could profess some Christian faith could at the same time have been committing such wicked and evil crimes,“ Judge Goddard said.

The rape investigation is the largest in British legal history. It is the first time prosecutors have split charges across four separate trials.

Police said there could be many more victims and are appealing for others who may have been targeted to come forward.