BRUSSELS (AFP) - Google on Tuesday (Oct 9) appealed against the biggest ever antitrust fine by the European Union, which imposed a €4.34 billion (S$6.9 billion) penalty on the United States tech giant for illegally abusing the dominance of its operating system for mobile devices.

In an e-mail to AFP, Google spokesman Al Verney confirmed that "we have now filed our appeal of the European Commission's Android decision at the General Court of the European Union".

In its July decision, Brussels accused Google of using the Android system's huge popularity on smartphones and tablets to promote the use of its own Google search engine and shut out rivals.

EU Competition Commissioner Margrethe Vestager ordered Google to "put an effective end to this conduct within 90 days or face penalty payments" of up to 5 per cent of its average daily turnover.

The sanction nearly doubled the previous record EU antitrust fine of €2.4 billion, which also targeted Google, in that case for the Silicon Valley titan's shopping comparison service in 2017.

Google provides Android free to smartphone manufacturers and generates most of its revenue from selling advertisements that appear along with search results.

But Ms Vestager said Google had shut out rivals by forcing major phone makers including South Korea's Samsung and China's Huawei to pre-install its search engine and Google Chrome browser. 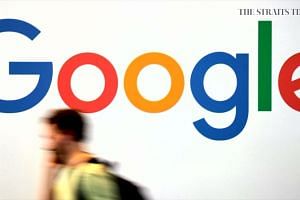 Project 'Fuchsia': Google is quietly working on a replacement for Android

They were also made to set Google Search as the default, as a condition of licensing some Google apps. As a result, Google Search and Chrome are pre-installed on the "significant majority" of devices sold in the EU, the European Commission says.

In July, Google chief executive officer Sundar Pichai refuted the accusations, arguing that the decision ignores the fact that Android phones compete with Apple phones that run on iOS with their own pre-installed apps.

The EU decision "rejects the business model that supports Android, which has created more choice for everyone, not less", Mr Pichai added in a blog post.

But according to industry-tracker Gartner, Android dominated the smartphone market with a share of 85.9 per cent last year, to around 14 per cent for Apple's iOS.

Some 1.3 billion Android smartphones were sold last year, compared with approximately 215 million running on iOS and 1.5 million with other operating systems, according to the research firm.

The appeal could take years to snake its way through the EU court system.