BERLIN (BLOOMBERG) - The global order that underpins German prosperity is unravelling. And Chancellor Angela Merkel doesn't know what to do about it.

President Donald Trump's America First policy is forcing Germany to make an impossible choice between the US and China - pitting the force behind the country's modern economic success against the key to its future growth.

The result is political paralysis at a time when Germany's allies are looking for political leadership.

On issues from trade to cyber security to international tax reform, Dr Merkel is hamstrung by her fear of antagonising her country's key trading partners.

The fear in Dr Merkel's inner circle is that any firm position risks a backlash that could see tensions spiral out of control, according to people familiar with their thinking.

The urgency is intensifying. The economy is slowing, populists urged on by Mr Trump are advancing across the European Union, and Dr Merkel's strategic rivals are hatching plans to prise more countries away from the multilateral system she treasures.

Her desperation has been increasingly evident.

"Are we spitting up into little puzzle pieces with everyone thinking they can best solve problems on their own?" Dr Merkel asked last month at the Munich Security Conference.

"If that's case, as German chancellor I can only say: the prospects look bad for us."

In the eye of the storm is Germany's mighty car industry.

US tariffs would reduce German car exports by about 18.4 billion euros (S$28.09 billion), according to a study by the Munich-based Ifo economic research institute. 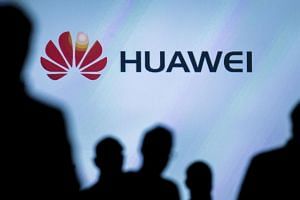 Germany could face budget deficits for years to come

Despite the antagonism from the White House, and to the frustration of the French, Dr Merkel is determined to keep reaching out to Trump.

The German leader wants to get the US involved in negotiations on a broader trade deal as quickly as possible and is concerned that EU retaliation on tariffs would evolve into a full-scale trans-Atlantic trade conflict, a person familiar with the government's position said.

The autos dispute is a sign of the way that geopolitics is becoming increasingly uncomfortable for Germany.

For decades, the country profited from an international trading system run by the West and backed up by the military might of the US. The government just got out of the way and watched exports roll.

Those days are now over. Mr Trump has sown doubts about his commitment to defending America's Nato allies, populists across Europe are rallying opposition to free trade and challenging fundamental tenets of EU membership, and China is offering an alternative funding source to weaker nations like Italy, Portugal and Greece, frustrated by Germany's insistence on budget tightening.

"Germany is caught up in a dilemma of changing trade patterns and doesn't know how to react," said Mr Sebastian Dullien, an analyst at the European Council on Foreign Relations.

As a result, Dr Merkel has flip-flopped between engagement and assertiveness. At times she tries to court both the US and China, at others she articulates a stronger national stance in response to threats, but she has yet to follow through.

One area where the chancellor has taken a stand is over a new gas pipeline to Russia.

Dr Merkel stuck to her guns over the Nord Stream 2 project despite trenchant complaints from the US about increasing dependence on Moscow and European concerns about weakening Ukraine.

The government has also tightened rules on foreign takeovers in a bid to shield German technology from economic rivals like China, in line with Economy Minister Peter Altmaier's new industrial strategy for Germany.

But in most areas, the Chancellor's desire to avoid inviting trouble prevents Germany, and often the EU, from taking a stand.

A French push to forge a common European front to tackle the esoteric tax structures of Internet giants like Amazon.com, Alphabet and Facebook Inc is another victim of German caution, and again it's the car industry that's at the heart of it.

The French plan would have seen tech firms - in practice most of them US-based - taxed on the basis of where their sales are generated, rather than where their services were produced.

That's a frightening precedent for an export powerhouse like Germany, especially when Mr Trump is looking for excuses to penalise its car-makers.

So rather than take the lead alongside France, Dr Merkel's administration wants to wait for an international consensus to emerge and provide cover, a person familiar with the government's position said.

Finance Minister Olaf Scholz wants to tie the US into an international accord before a European digital tax moves ahead.

The French, meanwhile, are introducing a national levy, despite the lack of support from their most important partner.

"The government is running behind the developments," said Ms Kerstin Andreae, a Green lawmaker on the Lower House of Parliament's economics committee.