The findings challenge Moscow’s suggestion that Malaysia Airlines flight 17, en route from Amsterdam to Kuala Lumpur in July 2014, was brought down by the Ukrainian military. All 298 people on board, most of them Dutch citizens, were killed.

The prosecutors cannot file charges but victims’ relatives have been seeking details of who shot the plane down in the hope that it might lead eventually to prosecutions over an incident which led to a sharp rise in East-West tensions.

The Buk missile system used to shoot down the plane fired one missile from the village of Pervomaysk and was later returned to Russia, said the prosecutors, from the Netherlands, Australia, Belgium, Malaysia and Ukraine.

“Our investigation has shown that the location from where the BUK was fired was in the hands of the Russian separatists,” said Wilbert Paulissen, the head of the Dutch police investigation.

They told a news conference in the central Dutch city of Nieuwegein that the investigative team had identified 100 people who were described as being of interest to them but had not yet been formally identified individual suspects.

It was not clear whether an order had been given for fighters to launch the missile or whether they had acted independently, the prosecutors said. 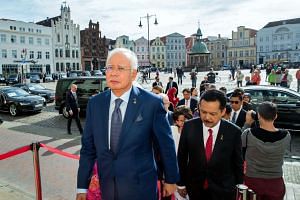 Firm action must be taken against those responsible for Malaysia Airlines MH17 downing: Malaysia's PM Najib 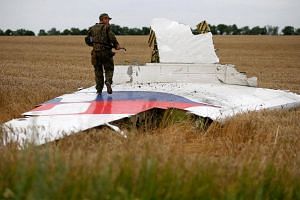 Ukrainian rebels later denied bringing down the plane. A top pro-Russian separatist commander in eastern Ukraine denied the Dutch findings. “The forces of the People’s Republic of Donetsk could not have fired at the plane from a BUK system because we have no such sort of weapons,” general Eduard Basurin, of the self-proclaimed republic, told AFP.

A civilian investigation by the Dutch Safety Board also concluded last year that MH17 was hit by a Buk missile fired from eastern Ukraine, but Moscow denied that pro-Russian rebels were responsible.

Repeating those denials on Wednesday, Kremlin spokesman Dmitry Peskov said: “First-hand radar data identified all flying objects which could have been launched or were in the air over the territory controlled by rebels at that moment.” “The data are clear-cut...there is no rocket. If there was a rocket, it could only have been fired from elsewhere,” he said.

The investigators said they had not had access to the new radar images on which Moscow was basing its latest statements.

Meanwhile, Kiev said Wednesday the inquiry proved Russia’s “direct involvement” in the death of those on board. “This information once again points to the direct involvement of the state-aggressor in downing the aircraft,” the Ukrainian foreign ministry said in a statement, referring to Russia.

Responding to the findings, Malaysian Prime Minister Najib Razak, who was in Germany on a visit, said his country wants to see firm action taken against those responsible for bringing down the flight.

"Based on the two findings, Malaysia wants firm action to be taken. We have promised that those who were responsible for the downing of the aircraft will be brought to justice," he was quoted saying by Malaysia's Bernama news agency. "We owe it to the families. The families want justice. So we will pursue this," he added.

Victims’ families were informed of the findings shortly before the prosecutors’ news conference.

At the time of the incident on July 17, 2014, pro-Russian separatists were fighting Ukrainian government forces in the region.

The Boeing 777 broke apart in mid-air, flinging wreckage over several kilometres of fields in rebel-held territory.

Prosecutors cannot file charges because there is no international agreement on what court a case would be heard in.

Speaking before the news conference, Silene Fredriksz, whose 23-year-old son Bryce was on the airplane with his girlfriend, Daisy Oehlers, said the victims’ families wanted justice. “As a family we are impatient. We want to know what happened, how it happened and why. We want those responsible to face justice,” she said.

The downing played a significant part in a decision by the European Union and United States to impose sanctions on Russia over the Ukraine conflict.

Ukrainian and Western officials, citing intelligence intercepts, have blamed pro-Russian rebels for the incident. Russia has always denied direct involvement in the Ukraine conflict and rejects responsibility for the destruction of MH17.

Prosecutors have sought legal assistance from Moscow since October 2014, and visited in person for a week in July. “Russian authorities have offered information in the past, but have not answered all questions,” they said in a statement at the time.