VIENNA (BLOOMBERG) - A veteran CIA officer was discussing Iran's future at an international security forum in Israel on Tuesday (Jan 29) when the moderator cut him off to cue up a breaking news bulletin on the giant monitor overhead.

Hushed confusion spread through the hall as participants among the few hundred - mostly current and former officials from countries including France, the US and Russia - pulled out their phones in search of confirmation and elaboration.

It took about 25 minutes for everyone to understand that it was fake news, which the panelists already knew.

Organisers of the Tel Aviv forum, which was co-sponsored by the US embassy and Lockheed Martin, said it was meant to be an entertaining thought exercise - the graphics and presenter were real, but he spoke in English, not Hebrew, which should have given the game away.

But nobody at the Vienna-based International Atomic Energy Agency, the body charged with verifying the Iranian accord, is laughing.

Late on Wednesday, at a private reception for diplomats, IAEA Director General Yukiya Amano lashed out at efforts to hamstring an organisation that's been at the forefront of nuclear security for decades, according to two foreign officials who were there.

Without naming Israel and the US, the career Japanese diplomat made it clear those countries were the source of his ire, they said.

"The agency's independence must not be undermined," Mr Amano said, according to the IAEA's website. "If attempts are made to micro-manage or put pressure on the agency in nuclear verification, that is counterproductive and extremely harmful."

An IAEA official said on Saturday that the US wasn't Mr Amano's intended target. He declined to specify which countries prompted the rebuke.

Three years into an agreement that was meant to be a hallmark of the Obama administration, in which Iran agreed to curb its nuclear activities in return for sanctions relief, IAEA inspectors say Teheran is in full compliance. 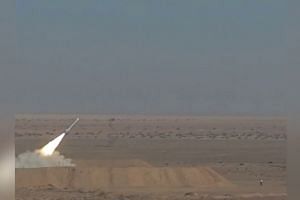 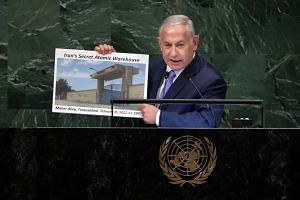 That hasn't stopped the Trump administration from backing out of the agreement, piling on new penalties and trying to use the agency to turn the screws with help from Israeli Prime Minister Benjamin Netanyahu.

President Donald Trump's hardline stance on Iran has heightened tensions with the other signatories to the agreement: China, France, Germany, Russia and the UK.

It's also sowed divisions between the White House and America's spy agencies, with Mr Trump castigating his own intelligence officials this week for being "passive and naive when it comes to the dangers of Iran".

Mr Netanyahu went to the US Congress to lobby against the agreement before it was signed and has continued to criticise the deal since, arguing that it won't prevent Iran from attaining nuclear weapons.

Last year, Mr Netanyahu called a press conference to announce Israeli agents had stolen scores of documents from a warehouse in Teheran that he claimed proved Iran lied about previous attempt to develop a bomb.

Iran has denied the allegation and resisted re-opening a 12-year IAEA investigation into its past activities.

The fake newscast in Israel came as Iran's deputy foreign minister was in Vienna for talks with the IAEA, which is trying to keep the accord from unravelling.

Iran's leadership has said the country was ready to re-start its enrichment programme using more advanced technology if the agreement fails.

The country is considering making the kind of nuclear fuel used in naval propulsion, implying it could enrich uranium closer to the levels needed for weapons.

Meanwhile, the European Union is moving to help countries evade the sanctions that the Trump administration imposed to stop countries from trading with Iran.

On Thursday, the 28-member bloc finalised a new financial mechanism for bypassing the US restrictions.

The special purpose vehicle, called the Instrument in Support of Trade Exchanges, will be headquartered in Paris and staffed with German leadership.

The vehicle will have a positive "impact on trade and economic relations with Iran, but most importantly on the lives of Iranian people", a draft of the joint communique seen by Bloomberg says.

The US mission to the IAEA in Vienna said in an e-mailed response to questions that the watchdog "can continue to count on the full support of the United States" as it carries out its "important mandate in Iran".