PARIS (AFP) - Facebook said on Tuesday (Jan 15) it will tighten rules for political ads in countries with elections scheduled in the first half of the year, building on transparency efforts already under way in the United States, Britain and Brazil after a series of scandals.

"As we prepare for major elections around the world this year, we're continuing our focus on preventing foreign interference and giving people more information about the ads they see across our platforms," the social media giant said in a post on its Business page.

In the US, Britain and Brazil, political advertisers must confirm their identity and location before they can run Facebook ads, which are also housed in a public, searchable library for up to seven years.

"By shining a light on political ads, news organisations, regulators, watchdog groups and people anywhere in the world can hold advertisers and us more accountable," it said.

For upcoming elections in Nigeria and Ukraine, no foreign electoral ads will be accepted, Facebook said.

In India, the network will launch an Ad Library and enforce authorisations before spring elections, it said.

In the European Union, it is to roll out "transparency tools" in the run-up to European Parliament elections in May. 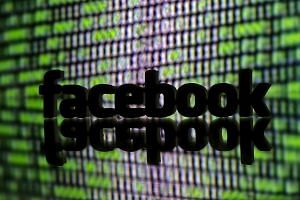 Facebook to check Indian political ads in build-up to vote

By the end of June, Facebook said it would provide a set of these tools to advertisers around the world.

Facebook was forced to admit last year that Cambridge Analytica, a political firm working for Mr Donald Trump in 2016, had hijacked the data of tens of millions of its users.

Some critics of the Brexit referendum accuse Cambridge Analytica of having used that data to swing voters towards the "Leave" vote.

In the US, Special Counsel Robert Mueller's investigation into Mr Trump's campaign links with Russia has targeted Facebook accounts and private pages managed by the Internet Research Agency, a Russia-based "troll farm".

Such was the level of concern that Facebook boss Mark Zuckerberg has been questioned by the European Parliament and the US Congress.

Another country where Facebook has come under fire for spreading false information is Brazil, the scene of a giant truckers' strike last May.