LONDON (AFP) - The coronavirus strain that has swept Britain and beyond in recent months could be more deadly as well as more transmissible, Prime Minister Boris Johnson said on Friday (Jan 22).

The sobering news came as the UK sees record deaths from Covid-19, following a surge in cases and hospitalisations since the variant was first identified in southeast England in September.

The strain has also spread to more than 60 nations – including China, where the pandemic began more than a year ago – according to the World Health Organisation (WHO).

“In addition to spreading more quickly, it also now appears that there is some evidence that the new variant... may be associated with a higher degree of mortality,” Johnson said at a news conference.

He blamed the variant for the grim situation engulfing Britain, where another 1,401 fatalities were announced on Friday, taking the overall toll to 95,981 – the highest in Europe.

Virus deaths have risen 16 per cent over the past week, while the number of people hospitalised with Covid-19 is approaching double the number seen during the worst days of the first wave of the pandemic in April.

Chief government scientist Patrick Vallance said the new variant could be 30-40 per cent more deadly for some age groups, although he stressed the assessment relied on sparse data.

“There’s a lot of uncertainty around these numbers and we need more work to get a precise handle on it, but it obviously is of concern,” he said, flanking Johnson in Downing Street.

“You will see that across the different age groups as well, a similar sort of relative increase in the risk.”

Britain is in the grip of its third and worst wave of the virus.

The country is pinning its hopes of a return to normality later this year on the biggest vaccination programme in its history, which began last month.

Johnson revealed 5.4 million people had now received their first dose of two vaccines currently being administered, with a daily record of 400,000 people inoculated in the last 24 hours.

“All the current evidence continues to show that both the vaccines we are currently using remain effective both against the old variant and this new variant,” he added.

The government appears on track to meet its pledge to vaccinate 15 million of the most vulnerable by mid-February.

It is also aiming to inoculate the entire adult population by September at the latest.

England has been in a third nationwide lockdown since early this month, with similar restrictions in place in Scotland, Wales and Northern Ireland, where devolved administrations are responsible for health policy.

On average, one in 55 people have got the virus there, rising to one in 35 in London, it found.

However, chief medical officer Chris Whitty warned that despite the “signs of improvement” cases remained “at a very high level” and hospitals were still in danger of becoming overwhelmed.

The government said Friday it was launching a new national campaign featuring hospital staff and Covid-19 patients, in a bid to remind the public of the extreme pressures still facing the state-run health service.

The “emotive” TV advert “challenges the public to think about the impact their actions might have by asking: ‘Can you look them in the eyes and tell them you’re helping by staying at home?’” 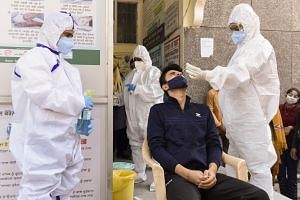 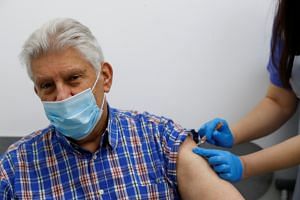 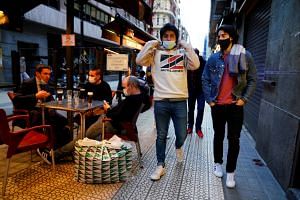 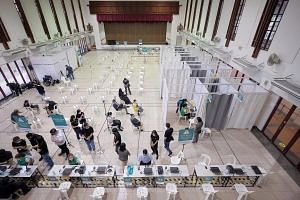 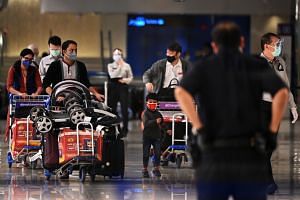 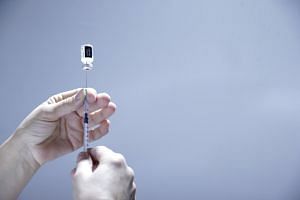 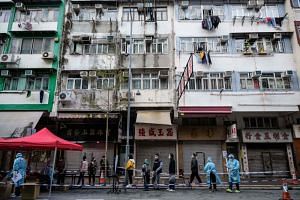 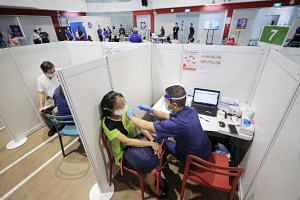 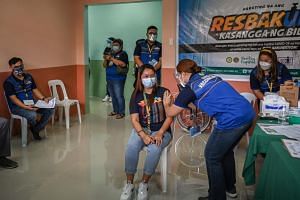 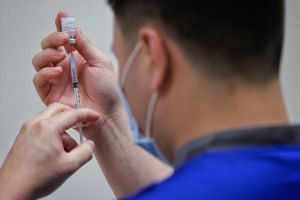 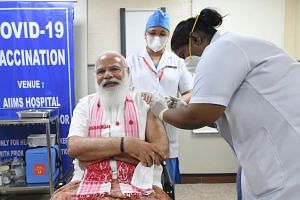