HELSINKI - The biggest mistake countries can make is to see ageing as a problem, Mr Martin Seychell, Deputy Director-General for Health in the European Union (EU), has said.

"Elderly people can be both contributors to productivity, thanks to their labour activities directly, and consumers for various goods and services," he said.

Speaking at the High-Level Forum on the Silver Economy attended by people from 45 countries on Tuesday (July 9), Mr Seychell said good primary care is essential for healthy ageing.

Today, one in four workers in the EU suffers from at least one chronic illness. By the time they reach retirement age, "two in three people have at least two chronic conditions".

So healthy ageing needs to start early, he said.

With the Internet of Things, many tools are available. 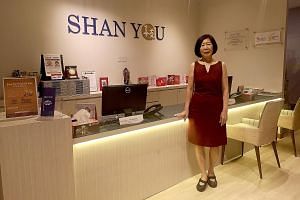 Seniors to get more help to stay healthy

To make use of them, he said: "We need to invest strongly in digital skills and digital literacy across all ages of the population, including the older adults and the healthcare workforce that would interact with them. This will be absolutely essential."

But most importantly, he said, equity is important or else "it will be a silver future for some and one of lead for others".

She said innovations that help older people live meaningful lives "might only be accessible to the few with the financial ability to pay".

One important step would be to keep people healthier for longer.

She said removing risk factors for dementia - such as stopping or cutting down on smoking, exercising more and staying in education for longer - could reduce 20 to 30 per cent of dementia globally.

Another speaker, Japan's Vice-Minister for Health, Mr Yasuhiro Suzuki, said that with Japan's fast ageing population and its drain on revenue, some people are suggesting reducing the services offered to older people.

"I would argue that we have to extend the healthy life expectancies and, at the same time, increase the productivity of health and wellness," he said.

But to do this effectively and efficiently, a country needs to have "good data".

Without such data, countries would be working in the dark, he said. With the correct data, they will be able to identify the seniors and the areas that need their greatest attention.

"Without the large database, you cannot find the target population for the early intervention for the life expectancy expansion," Mr Suzuki said.

He also stressed the importance of universal health coverage, as a healthy population provides the foundation for economic growth.

Ms Ninie Yan Wang, chief executive officer of China's Pinetree Care Group, told the forum that China's ageing lags behind the world's, so it is able to learn from mistakes made by other countries as they cope with a rapidly ageing population.

China, which has 40 million people today with dependency needs, knows that senior care has to be integrated and not fragmented.

It is also necessary to set the right goals.

"If the right goals are not set, then the care provided to seniors might actually do more harm than good," she said.