COPENHAGEN (REUTERS, AFP, WASHINGTON POST) –A Danish court has sentenced inventor Peter Madsen to life in prison for murdering and dismembering a Swedish journalist aboard his home-built submarine in Copenhagen harbour in August 2017.

Madsen, 47, wearing a black T-shirt and blazer, stood in the Copenhagen City Court on Wednesday (April 25) to hear the verdict. As it was read out by the judge, he sat down next to his lawyer, visibly affected and dejected.

Police detained him on Aug 11 last year when he emerged from his submarine without Ms Kim Wall, 30, who had boarded the vessel the previous day to do research on a story about Madsen. The inventor is known in Denmark for raising money through crowdfunding to build rockets and submarines.

Later that month, police identified a torso washed ashore in Copenhagen as Ms Wall’s. Arms, legs and a head determined to be that of the victim were also later retrieved by the authorities.

The court decided that Madsen had “dismembered the body to conceal the evidence from the crime he had committed”, she said.

During the trial, prosecutors argued that Madsen killed Ms Wall as part of a dark sexual fantasy, stressing that he enjoyed watching videos of women being beheaded and tortured. 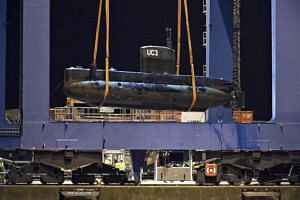 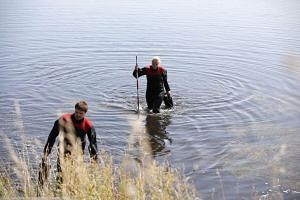 Saw that may have been used to dismember journalist Kim Wall found, police believe sex fantasy was motive 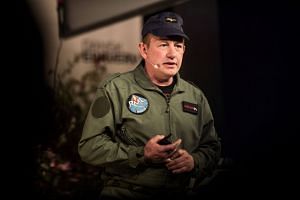 The prosecutors said that the victim died either by strangulation or having her throat cut.

An autopsy report said she probably died as a result of suffocation or having her throat slit.

Madsen, who changed his version of events several times, admitted to dismembering the body and throwing it overboard but he denied murdering Ms Wall.

He claimed Ms Wall died from breathing exhaust gases that had leaked into the submarine due to a technical error while he was on the deck preparing to submerge. Forensics has also not been able to back up his claim.

But the professional judge and two lay judges found the incriminating circumstances were enough to find Madsen guilty, including the gruesome videos he watched, and the fact that he brought a saw, plastic strips and a sharpened screwdriver on board.

Psychiatric experts who evaluated Madsen – who described himself to friends as “a psychopath, but a loving one” – found him to be “a pathological liar” who poses “a danger to others” and who was likely to be a repeat offender.

The disappearance and gruesome death of Ms Wall, who had reported from Sri Lanka, the Marshall Islands and North Korea, drew international attention, demonstrating the risks female freelance journalists can face.

Madsen is the 15th person in 10 years to receive a life sentence in the Nordic nation, which has a reputation as tranquil and safe.

A life sentence in Denmark averages around 16 years.

Madsen will appeal the sentence, his defence attorney told the court.