LONDON (AFP) – Britain registered a new daily record for coronavirus cases on Tuesday (Dec 29) as it battled a new strain that has spread as far as Chile and India, even as more countries started mass vaccination campaigns.

Nations around the world are struggling with surges in infections that have pushed the global case total close to 81 million and killed more than 1.78 million.

The EU health agency ECDC warned on Tuesday that the risk is high that the newly discovered Covid-19 variants could cause even more deaths and further strain healthcare because of “increased transmissibility”.

More than 300 cases of a new variant have been recorded in South Africa, which imposed a raft of new measures on Tuesday.

The government banned the sale of alcohol and made masks compulsory in public after it became the first African country to record one million cases.

“We have let down our guard, and unfortunately we are now paying the price,” said President Cyril Ramaphosa, blaming the new strain and an “extreme lack of vigilance over the holiday period” for the spike.

Chile on Tuesday became the first Latin American country to detect the new strain initially found in Britain, in a woman who returned to the country from Madrid after also travelling to Britain and Dubai.

Health authorities responded by announcing that from Dec 31, everyone arriving in Chile would have to spend 10 days in quarantine.

The United Arab Emirates said it had also detected the new strain, a government spokesman saying the “limited cases” were all from “people coming from abroad”.

India, with the second-biggest caseload in the world, also reported detecting the new coronavirus strain, but officials said pandemic guidelines have not changed because of it.

Britain’s government came under pressure on Tuesday to tighten restrictions as it announced a record 24-hour high of 53,135 new infections,  up sharply from the previous record of 41,385 set on Monday.

Health chiefs warned that England is “back in the eye” of the coronavirus storm, with as many patients in hospital as during the initial peak in April.

“We are incredibly thin on the ground. NHS (National Health Service) staff have not been prioritised for the vaccine and are going off sick in droves with the new strain,” she tweeted.

Across the globe, governments are rushing to get vaccines out to try to avoid the kind of economically damaging lockdown restrictions put in place after the virus first emerged a year ago.

Argentina and Belarus launched their vaccination campaigns on Tuesday, both using the Sputnik V shots developed by Russia.

The Gam-CovidVac vaccine, nicknamed Sputnik V after the Soviet-era satellite, has come under fire from critics in Russia and abroad because it was registered before the start of large-scale clinical trials.

Vaccinations in EU countries with jabs made by Pfizer-BioNTech and Moderna started over the weekend.

BioNTech and Pfizer confirmed on Tuesday that 300 million doses of their vaccine would be delivered to the EU.

But authorities fear vaccine hesitancy and rejection could hamper their efforts.

A new poll by Ipsos Global Advisor showed that just four in 10 people in France want to get vaccinated, putting it behind even other laggards like Russia with 43 per cent and South Africa with 53 per cent.

But 75-year-old Jacques Collineau, resident of an old people’s home in central France, was not dissuaded.

“Fear? Fear of what? I’ve been vaccinated for the flu before, now it’s the same thing,” Collineau said as he got the shot in Joue-les-Tours on Monday.

France plans to tighten its curfew to 6pm from 8pm in the worst-hit areas from Jan 2, Health Minister Olivier Veran told France 2 television on Tuesday.

Hoping to boost public trust in the vaccines, US Vice-President-elect Kamala Harris received hers live on television.

'That was easy!': Kamala Harris gets Covid-19 vaccine

“I want to remind people that right in your community is where you can take the vaccine, where you will receive the vaccine by folks you may know,” she said after receiving the Moderna vaccine.

The warnings were backed up by the worrying figures and trends reported worldwide.

South Korea, one of the nations hailed for its success during the first months of the pandemic, on Tuesday logged its highest daily death toll since the beginning of the pandemic as it battled a third wave of infections.

A day after Russia admitted its number of Covid-19 deaths were more than three times higher than it had previously reported, Moscow health officials reported a 27 per cent increase in fatalities in November compared with October.

Also on Tuesday, Denmark said it would extend a partial lockdown – due to expire on Jan 3 – for another two weeks.

The world of sport was also hit, with 18 players and staff of the English Premier League testing positive for Covid-19, plunging the season into doubt. 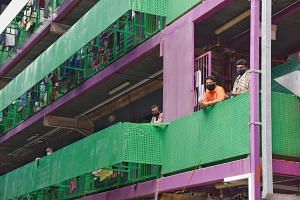 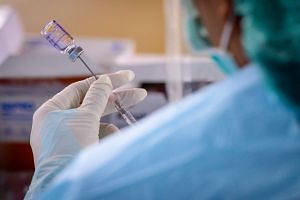 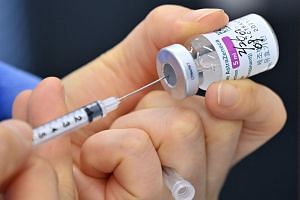 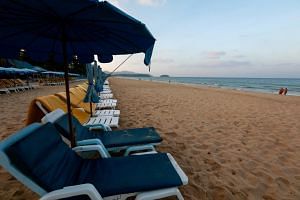 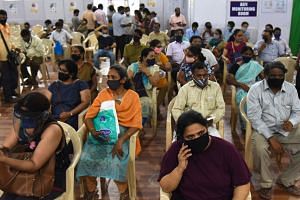 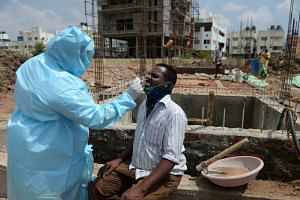 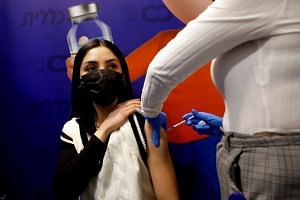 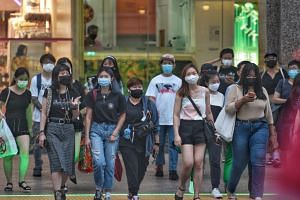