LONDON (AFP) - The BBC has vowed to keep many of its most popular recipes online, following a public outcry over plans to close its popular food website.

In a statement issued late on Tuesday, the British broadcaster said it would move as much as possible of the content currently on its BBC Food website - set for closure - over to the BBC Good Food site, which is owned by commercial arm BBC Worldwide. 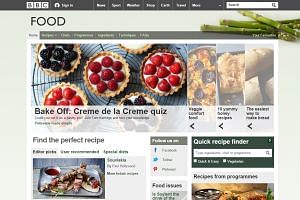 “In response to the massive public reaction, we have decided to accelerate our plans to move our content,” said one source. “People won’t lose the recipes they love.” 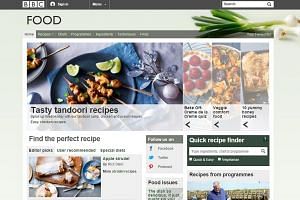 More than 120,000 people had signed a petition calling for the BBC Food site to be maintained in its current form, while politicians and public figures expressed their outrage that the BBC was culling a service used by millions of people who pay

the TV licence fee that funds the public service broadcaster.

Britons were left simmering at the demise of a resource offering free tips on cooking everything from lemon drizzle cake to scrambled eggs. The site features more than 11,000 recipes.

Seriously what am I supposed to eat if the BBC gets rid of its recipes?? #bbcrecipes #r4today

"Can't imagine there is ANYONE in the UK who cooks who won't be upset," wrote user Olivia Crellin.

"Literally 90% of my dinners are from #bbcrecipes," added Aniqah C.

A BBC source had said the recipes would “fall off the face of the Internet” after the food site was closed.

However, moving them to Good Food will make them easy to find and help ensure they continue to appear near the top of Google search results.

The plan to mothball the BBC Food site is part of a £15 million (S$30 million) cost-cutting plan that is also driven by the BBC’s attempts to make its services more distinctive, as laid out in a white paper published by the British government.

The broadcaster said in a statement that its online activities would now focus on "six flagship areas after a review to ensure they remain high quality and distinctive". These include news, sport and "ideas" - arts, culture, history and science.

Other sites being closed include travel and some local news pages.

The BBC is under pressure from Prime Minister David Cameron's government to slim down as ministers implement a programme of biting austerity cuts.

It indicated that online content should focus on "rigorous, impartial analysis of important news events and current affairs".

The cuts confirmed Tuesday come as part of £700 million in overall savings which the BBC must make by 2021/22.

The broadcaster has announced hundreds of job cuts in recent months.

The BBC is largely funded by the annual licence fee of £145.50 which every household watching live television has to pay.

However, the broadcaster's royal charter - which sets out its independence and how it operates - is up for renewal at the end of this year.

The terms of this are expected to be negotiated between the BBC and the government.