LONDON (REUTERS) - British Prime Minister Boris Johnson said on Monday (April 5) a planned reopening of the economy would take place next week from April 12, with the opening of all shops, gyms, hairdressers and outdoor hospitality areas in England.

However, the prime minister said it was too soon to say whether international summer holidays can go ahead this year, a remark suggesting a planned reopening of outbound travel could be pushed back beyond May 17.

Britons are among Europe’s highest spending tourists so the fortunes of the continent’s summer season and the travel industry, hit hard by restrictions imposed on travel because of the Covid-19 pandemic, will depend on when tourists can return to the beaches, cafes and tavernas of southern Europe.

Britain plans to use a traffic-light risk system for countries once non-essential international travel resumes, but the government said it was too early to say which countries could be given the green light that would only require coronavirus tests before and after travel.

“Taking into account the latest situation with (coronavirus) variants and the evidence about the efficacy of vaccines against them, we will confirm in advance whether non-essential international travel can resume on 17th May, or whether we will need to wait longer before lifting the outbound travel restriction,” a government review said.

Johnson told a news conference he was hopeful that non-essential international travel would restart from May 17, but that he did not want to underestimate the growing number of Covid-19 cases elsewhere.

“Obviously we are hopeful that we can get going from May 17th, but I do not wish to give hostages to fortune or to underestimate the difficulties that we are seeing in some of the destination countries that people might want to go to,” he said.

British media suggested countries on the green list, requiring testing before and after travel, could include Portugal, Malta, Israel, the United Arab Emirates and the United States.

Airlines such as easyJet, Ryanair and British Airways, plus holiday groups such as TUI , hope to avoid a second lost summer but Covid-19 cases have risen in continental Europe.

With the vaccine programme rolling out rapidly across Britain and infection numbers falling, Johnson said England could proceed to Stage 2 of his roadmap out of lockdown from April 12.

“On Monday the 12th, I will be going to the pub myself – and cautiously but irreversibly raising a pint of beer to my lips,” Johnson said.

Britain said people should continue to work from home where they can and minimise domestic travel.

Johnson also confirmed that the government was looking at a Covid-19 status certification system, or vaccine passport, to help reopen larger events and to travel.

“I want to stress that there are complicated, ethical, and practical issues... raised by the idea of Covid status certification... using vaccination alone,” Johnson said.

“You’ve got to be very careful in how you handle this and ... don’t start a system that’s discriminatory.” People will not need vaccine certification for pubs, hairdressers and shops, Johnson said.

Meanwhile, scientists advising the British government said on Monday the next step to ease Covid-19 lockdown restrictions in England is not expected to put unsustainable pressure on the health service even if it results in an uptick of Covid-19 infections.

However, the scientists said that a resurgence in hospitalisations and deaths at some point was still highly likely, though its scale and timing was uncertain.

The Scientific Advisory Group for Emergencies (SAGE), which advises the government, said that the move would not overwhelm the state-run National Health Service (NHS) even if infections rose assuming the country's successful vaccine programme stays on track.

"Any resurgence in hospital admissions and deaths following Step 2 of the Roadmap alone is highly unlikely to put unsustainable pressure on the NHS," SAGE said in the minutes of a March 29 meeting, published on Monday.

SAGE cited work compiled by the Scientific Pandemic Influenza Group on Modelling (SPI-M), which looked at models made by Imperial College London, Warwick University and the London School of Hygiene and Tropical Medicine.

SPI-M said that a new peak could occur in summer or autumn, and that its timing and size would depend on how people behave after restrictions end.

Whether England can proceed to steps 3 and 4 of lockdown easing, which could see formal restrictions on social contact end in June, will depend on data following each step.

"It is highly likely that there will be a further resurgence in hospitalisations and deaths after the later steps of the Roadmap," SPI-M said in a paper published on Monday.

Most scenarios saw any new peak as smaller than the one in January 2021 but more pessimistic assumptions about transmission reduction and vaccine effectiveness "can result in resurgences in hospitalisations of a similar scale to January 2021."

The modelling did not account for the possible emergence of vaccine-escaping variants or looser travel rules.

UK to reopen in stages after driving down S. Africa Covid-19 variant 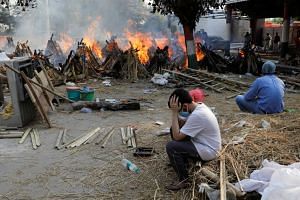 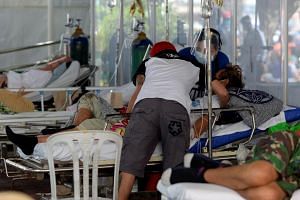 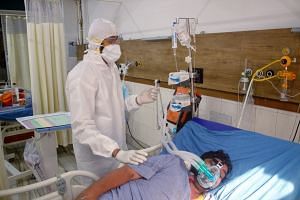 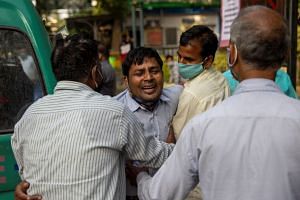 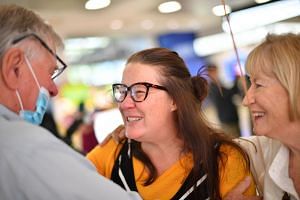 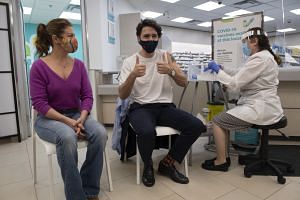 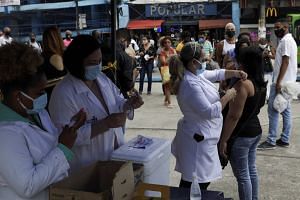 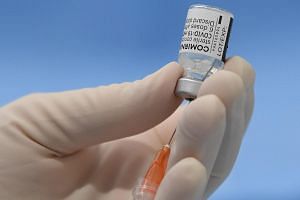 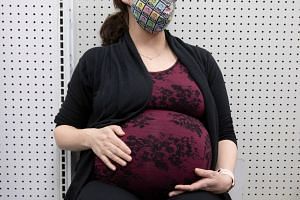