LONDON (REUTERS) – The campaign for Britain to leave the European Union has a two-point lead over the rival “In” camp, down from a seven-point lead last week, according to a TNS poll published on Wednesday, the day before the country’s EU membership referendum.

The poll was conducted online and interviewed 2,320 adults between June 16 and 22. 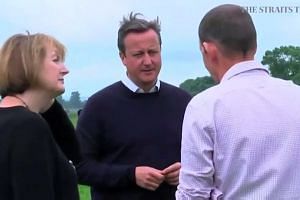 “Clearly, with a race as close as this, the turnout level among different demographic groups will be critical in determining the result.”

A TNS poll published on June 14 found 47 percent of likely voters would opt to leave the EU ahead of 40 per cent who wanted to stay.

Earlier on Wednesday, a poll by another research firm, Opinium, gave the “Out” camp a one-point leave over “In,” causing sterling to fall against the dollar and the euro .