"Reliable transport networks are essential to growth and productivity," he said, adding that the funding would "build on our competitive advantage in low-emission vehicles and the development of connected autonomous vehicles".

He also announced a 100 per cent first-year capital allowance for the installation of electric vehicle-charging infrastructure.

Last month, Japanese car-maker Nissan said it would build two new models in Britain despite the vote to quit the EU, giving Prime Minister Theresa May her most important corporate endorsement since the Brexit referendum in June. 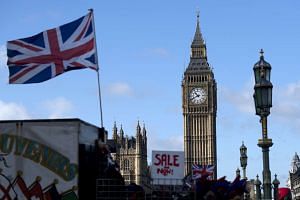 A Nissan spokesman said discussions were also ongoing between the firm and the government over how Britain could support and encourage the uptake of electric vehicles, a key area for the company.

Just over 3 per cent of cars sold in Britain last year were alternative fuel models - primarily plug-in hybrid and electric cars - but sales have risen 23 per cent so far this year, with manufacturers seeking to attract buyers in an increasingly competitive market.

The government is encouraging tech firms and car-makers to develop and test autonomous driving technology in Britain, aiming to build an industry to serve a worldwide market it says will be worth around 900 billion pounds by 2025.