STOCKHOLM (AFP) - In tatters after a #MeToo scandal, the Swedish Academy has postponed this year's Nobel Literature Prize, leaving an empty page for 2018 as it attempts to reform the venerable institution.

Created in 1786 by King Gustav III and modelled on its French elder, the Swedish Academy has selected the winner of the prestigious literary distinction since it was first awarded in 1901.

The "Holy Grail" of authors, poets, and playwrights, the Nobel has gone to some of the greatest writers of all time, from Albert Camus to Samuel Beckett and Ernest Hemingway.

But the list of recipients also includes US rock icon Bob Dylan, the 2016 choice harshly criticised by some who lambasted the academy for overlooking other popular and critically-acclaimed authors - such as American novelist Philip Roth, who died in May 2017 without getting the nod.

After the Dylan controversy, the academy attempted to smooth things over last year with an uncontroversial laureate, Kazuo Ishiguro, a British author of Japanese origin whose nomination enjoyed broad consensus.

But just three weeks after that announcement, the institution again found itself in controversy, this time in the eye of the #MeToo hurricane.

Frenchman Jean-Claude Arnault, married to an academy member, and the head of an influential cultural club in Stockholm, was accused of rape and sexual assault.

An internal academy probe also revealed conflicts of interest between him and the institution, which had funded his club for years.

Arnault ultimately faced trial on two counts of raping a woman in 2011. His verdict is due on Monday (Oct 1), and the prosecution has sought a three-year sentence. 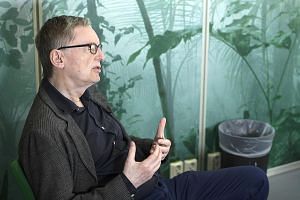 The Nobel Prize for Literature is a scandal all by itself

The academy has been deeply divided over how to deal with Arnault and on the reforms it needs to undertake.

Some of the 18 members, who are appointed for life, have refused to participate in the academy's work over the row - including its first female permanent secretary Sara Danius - leaving it without a quorum.

And in the months since the scandal erupted, the usually discreet members have exchanged ugly jibes in the media.

Paralysed and ridiculed around the world, the scandal forced the academy's hand: it announced in May that it would postpone by one year the 2018 Nobel Literature Prize, a first in 70 years.

"I could see that there were weaknesses in their organisation but I would never have thought something like this could happen," Lars Heikensten, director of the Nobel Foundation that finances the prizes, told AFP.

"We hope that they will be able to clear up their things." .

With the academy in shambles and no literature prize to look forward to this year, a group of Swedish cultural figures decided to create their own award pending the Nobel's return next year.

The "New Academy Prize in Literature" was devised as a protest to denounce "bias, arrogance and sexism", and "remind people that literature and culture at large should promote democracy, transparency, empathy and respect, without privilege", according to the founders who include authors, artists and journalists.

It will be announced on Oct 12.

"Lifetime membership and an ageing population also create a difficult situation, with some members still active at an age where they no longer have the capacity to work professionally, or understand how the academy is perceived by the public," Madelaine Levy, literary critic at daily Svenska Dagbladet, told AFP.

The public has lost confidence in the body, perceiving it as "ridiculous" and "chauvinist", she said.

Publishers meanwhile fear the academy's crisis is far from over.

"I'm keeping my fingers crossed but as things are now I would say I am uncertain" there will be a Nobel Literature Prize in 2019, Hakan Bravinger, an editor at Sweden's second-biggest publishing house Norstedts, told AFP.