The document was drafted by Christian Democrat leaders to address the concerns of party rebels who see Huawei as a threat to national security.

It is intended to lay the ground for Merkel's coalition government to adopt a common position on 5G after months of divisive debate.

The move rebuffs US President Donald Trump's calls on Washington's allies to bar the Chinese telecoms giant from next-generation networks after Britain stopped short of an outright ban and the European Union backed a rules-based approach.

Several party sources said on Tuesday that Christian Democrat lawmakers had supported the four-page paper that, instead of imposing any individual bans, sets out the principles of a risk-management approach.

"State actors with sufficient resources can infiltrate the network of any equipment maker," it said.

"Even with comprehensive technical checks, security risks cannot be eliminated completely - they can at best be minimised.

"At the same time, we are not defenceless against attempts to eavesdrop on 5G networks. The use of strong cryptography and end-to-end encryption can secure confidentiality in communication and the exchange of data."

Ironing out differences with a bloc of pro-American lawmakers led by Norbert Roettgen, head of parliament's foreign affairs committee, marks an important step towards building a broader consensus in Merkel's ruling alliance with the Social Democrats and across party lines.

It will also be important for Germany to present a coherent position at a security conference in Munich this weekend that will be attended by US Secretary of State Mike Pompeo and Chinese foreign minister Wang Yi.

It would be costly and potentially risky for Germany, Europe's largest economy, to exclude Huawei. Its three network operators are all customers of the Chinese vendor and Berlin is concerned that such a move might provoke trade retaliation by Beijing.

With that in mind, the paper makes a clear distinction between access, transport and core networks that are especially sensitive, thus allowing different handling of Huawei components in the various parts of the 5G network. 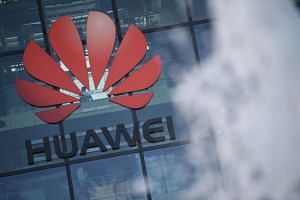 China tells France not to discriminate against Huawei on 5G networks

The paper suggests using products from several companies to avoid a "monoculture", and calls for the concept of trustworthiness to be anchored in proposed tweaks to Germany's telecoms and IT security laws.

"Equipment makers can only be trusted if they verifiably fulfil a clearly defined security catalogue that rules out any influence from a foreign state on our 5G infrastructure," the document says.

The draft would also give operators until 2025 to swap out equipment from existing 4G networks that was supplied by vendors who fail certification checks, a position that would mitigate the cost to operators of ripping and replacing it.

The position paper also calls for Germany to push for a wider European industrial policy to ensure that its own companies can build all elements of internationally competitive and secure 5G networks.

It pushed back against hostile foreign takeovers, in an apparent reference to U.S. Attorney General William Barr's recent call to invest in Swedish equipment maker Ericsson or Finland's Nokia to gain a 5G foothold.

Ericsson chief executive officer Borje Ekholm and Nokia's Rajeev Suri are due to meet Merkel on Thursday, according to officials from the German government and the companies.