MONTREAL (REUTERS) - Airlines should get ahead of regulators by voluntarily eliminating single-use plastic within five years, the chief executive of Portuguese charter Hi Fly said, ahead of a Thursday (May 16) forum on replacements for plastics on commercial flights.

Hi Fly, which specialises in leasing and charter services to airlines, is taking the unusual step of holding a private sector-led meeting in Portugal, bringing together representatives from carriers including Deutsche Lufthansa AG , Delta Air Lines and Air Canada, as well as airline catering companies and the European Commission, to find ways to reduce plastics and cabin waste.

"Our target is to come up with a solution for airlines - or at least most airlines - to remove single use plastic in the next few years," he said on Wednesday in an interview with Reuters.

Plastic waste has reached epidemic proportions in the world's oceans, with an estimated 100 million tonnes dumped to date, according to the United Nations. An explorer said recently he found trash on the ocean floor during the deepest dive ever made by a human inside a submarine. 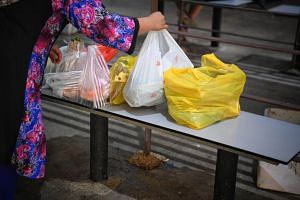 Legislators from US cities have banned plastic straws, while single-use plastic items such as straws, forks and knives, as well as cotton buds, will be banned in the European Union by 2021.

Airlines have the challenge of sourcing sustainable alternatives to plastics that are also light, since adding weight would require higher fuel consumption.

"We do have a significant plastic output in our industry,"Mirpuri said. "The airlines recognise there is a problem."

Most major airlines are participating in a global aviation deal called Carbon Offset and Reduction Scheme for International Aviation (CORSIA) that requires them to limit their emissions or offset them by buying carbon credits from designated environmental projects around the world, starting in 2021.