GENEVA (AFP, REUTERS) - A 104-year-old Australian scientist who travelled to Switzerland to end his life committed assisted suicide on Thursday (May 10), the foundation which helped him die said.

Ecologist David Goodall, who had been barred from seeking help to end his life in his home country, did not have a terminal illness but said his quality of life had deteriorated significantly and that he wanted to die.

The death occured at 1030 GMT (6.30pm Singapore time) from an infusion of Nembutal, a barbiturate, he said.

Goodall told a news conference on Wednesday (May 9) that Switzerland's liberal assisted suicide laws let him commit suicide legally, in contrast to his home where it remains forbidden.

Goodall, who was not terminally ill, said he was ready for the end. He answered reporters' questions in the Swiss city of Basel while accompanied by members of groups that help people kill themselves.

He understood that his death, planned for Thursday, would be by lethal injection, though he did not know what time or many details about the procedure. Some family members would be present, he said.

At 12.30 today (10th May) Professor David Goodall, 104 years of age, died peacefully at Life Cycle, Basel, Switzerland from an infusion of Nembutal.

"One should be free to choose death, when death is at an appropriate time," said Goodall, a member of the Order of Australia who wore a pullover emblazoned with the words "Aging Disgracefully".

"My abilities have been in decline over the past year or two, my eyesight over the past six years. I no longer want to continue life. I'm happy to have the chance tomorrow to end it." 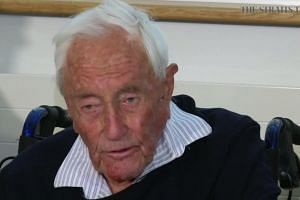 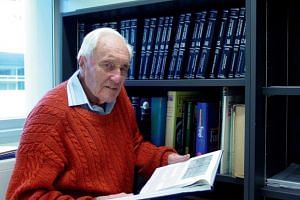 Assisted suicide has been legal in Switzerland since the 1940s, if performed by someone with no direct interest in the death. The Netherlands legalised euthanasia in 2002 for patients considered to be suffering unbearable pain with no cure.

In many countries, however, physician-assisted suicide or euthanasia is illegal.

Australia has forbidden such practices, though the state of Victoria became the first to pass an euthanasia Bill last November to allow terminally ill patients to end their lives. It takes effect in June 2019.

Goodall was born in London in 1914 and moved in 1948 to Australia, where he was a lecturer at the University of Melbourne. An expert in arid shrublands, he also worked in Britain and held academic posts at US universities.

While visibly straining to hear questions, Goodall answered them clearly and in detail after they were repeated with a microphone. He said he felt a "sense of pressure", given media attention on his end-of-life journey to Switzerland.

"I don't feel that anyone else's choice is involved," he said. "It's my own choice to end my life tomorrow."

Goodall had not given much thought to a last meal, as he said his culinary choices have grown more limited. He had not considered music to accompany his death, but thought Beethoven's 9th Symphony might be nice, he said, before singing a few lines.

Goodall said he was not without regrets: "There are many things I would like to do, but it's too late. I'm content to leave them undone."