British Home Secretary Theresa May has become the new leader of the ruling Conservative Party and new Prime Minister.

Mrs May is the first woman to lead Britain since Mrs Margaret Thatcher.

Here's what you should know about Mrs May:

1. She has been home secretary for the past six years

This makes her Britain's longest-serving home secretary in half a century. She is only the fourth woman to hold one of Britain's Great Offices of State - the four most senior Cabinet posts - after former prime minister Margaret Thatcher, former foreign secretary Margaret Beckett and former home secretary Jacqui Smith.

2. She is known to be serious and hardworking

She also avoids the intrigue and treachery that has gripped her party. "I know I'm not a showy politician," she was quoted as saying. "I don't tour the television studios. I don't gossip about people over lunch. I don't go drinking in Parliament's bars." Her tenacity has drawn parallels not only to Mrs Thatcher but also to German Chancellor Angela Merkel . 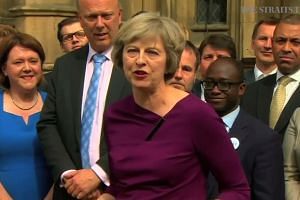 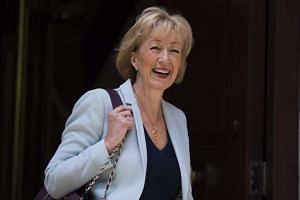 3. Mrs May was born in Eastbourne, Sussex

The daughter of an Anglican clergyman, she attended a state secondary school and studied geography at St Hugh's College, Oxford University.

4. She began her career at the Bank of England

She then worked at the Association for Payment Clearing Service.

She represented Maidenhead, a prosperous town west of London, just as her party was entering a long spell out of power.She rose quickly through the Conservative ranks and was the party's chairman from 2002 to 2003, the first woman to lead the party.

6. When the Conservatives returned to power after the 2010 election, Mrs May was promoted to home secretary

Since being given the Home Office, she has tackled a number of thorny issues, some more successfully than others. One of these issue is immigration: The Conservatives have pledged to bring net migration down to the tens of thousands by the next general election. Mrs May has weathered a string of Passport Office and border control fiascos but that target still remains elusive, despite her claims that 70,000 fewer people emigrated to Britain last year than in 2010.

7. Islamic extremism was another thorny issue she handled.

She managed to get cleric Abu Hamza deported and banned a clutch of so-called hate preachers from entering the country. In July 2013, she took on the European Court of Human Rights and negotiated an extradition treaty with Jordan that saw the deportation of radical preacher Abu Qatada after two decades of resistance. This in spite of the fact that Mrs May was shown to have mistakenly believed that Abu Qatada's deadline for appeal ended 24 hours earlier than it actually did.

8. Her shoes grab the headlines too

There were the leopard-print kitten heels that she wore as party chairman while delivering a blistering 2002 speech in which she warned that the Conservatives were viewed as "the nasty party". The patent over-the-knee boots she sported as home secretary to greet the president of the Republic of Korea on her 2013 state visit. The Russell & Bromley brogues with discreetly jewel-studded heels she wore on stage at last year's party conference. The red wedges. The zebra-print heels. The snakeskin court shoes. The list goes on.

9. Mrs May revealed in 2013 that she was diagnosed with Type 1 diabetes

This condition requires daily insulin injections. Asked how she felt about the diagnosis, she said her approach to it was the same as toward everything in her life: "Just get on and deal with it."

10. She met her banker husband Philip at Oxford and married him in 1980.

The couple have no children, which is said to have been a source of sadness and something she does not like to talk about in interviews.