PRAGUE (REUTERS) - This police raid in the Czech Republic uncovered a disturbing sight: A slaughtered tiger and a collection of tiger parts all strung up in a shed in central Europe.

One hundred and seventy five customs officials carried out raids like this over the summer.

They highlight a hunger for tigers that goes beyond this one European Union member.

According to animal rights charity Four Paws, more than 8,000 illegal tiger parts were seized throughout Europe between 1999 and 2016.

It is thought to be only be a tenth of what is actually smuggled.

The activists say Europe's tiger trade is flourishing because of weak regulation.

During that same period, Four Paws says 161 live tigers were exported out of the EU - legally. Captive tigers do not benefit from the same protections as wild ones, so while killing the animal for its parts is forbidden, breeding and trading in and out of the EU is not.

Czech customs said products like tiger wine, made from the animal's crushed bones - are popular within certain communities living in the EU, due to belief in their healing properties. 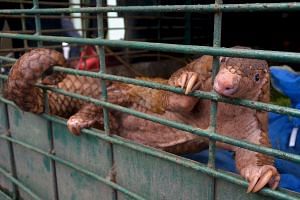 After the discovery, the Czech Republic suspended commercial tiger exports.

On Thursday (Oct 11), Four Paws called on the European Commission to introduce the same ban for the entire bloc.

Britain's Prince William, who is also president of United for Wildlife, said trading animals - like tigers - undermines the rule of law and threatens some of the world's most iconic species.