Even as rapid vaccine roll-outs allow life to start to return to normal in countries such as Britain and the United States, it has taken just 82 days for the latest million deaths, compared to 92 days for the previous million, according to data from Johns Hopkins University.

The real toll could be far higher than reported because of inconsistent calculations around the world.

The developing world is shouldering a rising death toll.

India accounted for 26 per cent of the increase from three million to four million deaths, and Brazil about 18 per cent.

By comparison, the US, where more than 332 million vaccine shots have been administered, accounted for about 4 per cent of the rise. The UK accounted for just 1,000 of the extra deaths, the data showed.

"It is also a practical necessity. Until everyone is vaccinated, everyone is under threat. The tragic loss of four million people to this pandemic must drive our urgent efforts to bring it to an end for everyone, everywhere," he said.

The spread of the more transmissible Delta variant is also causing outbreaks in rich countries where vaccination rates are lagging.

Sydney, Australia’s largest city, on Wednesday extended its lockdown for at least a week to stamp out an outbreak that has now reached almost 400 cases.

Taiwan, which had largely suppressed the virus through 2020, now has lost more than 700 lives after a resurgence earlier this year. 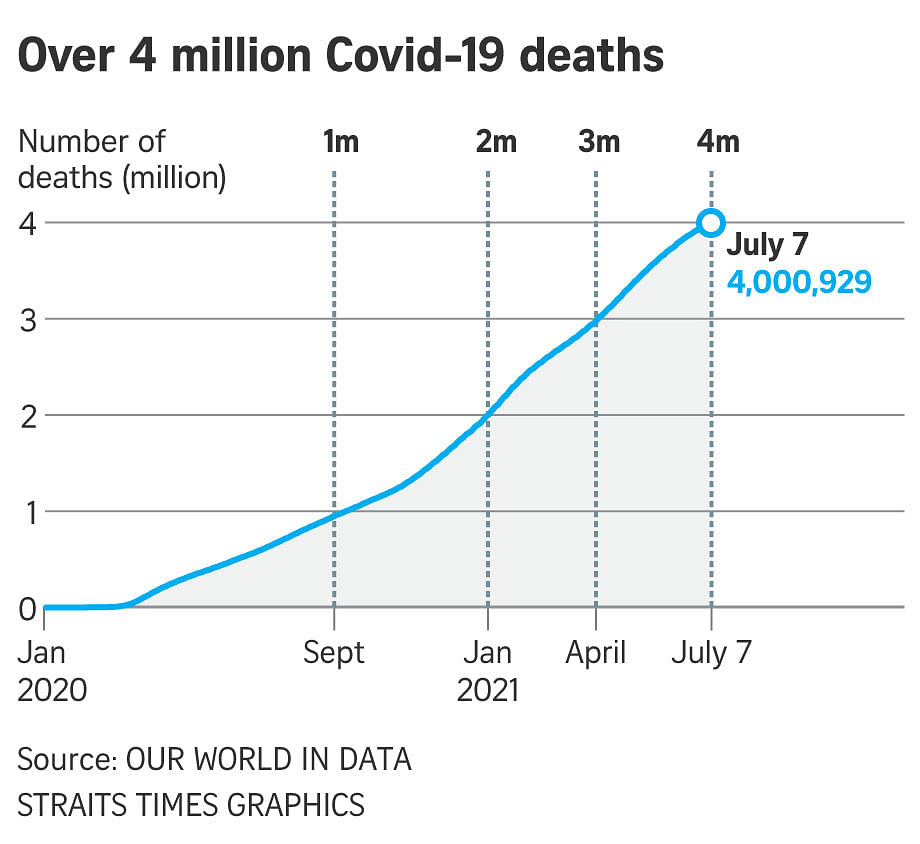