SEATTLE (BLOOMBERG) - Boeing Co aims to sharpen its focus on safety after the 737 Max's grounding ends, forming a new oversight panel and recommending changes to the planemaker's structure and design practices after two crashes that killed 346 people.

The board's new Aerospace Safety Committee will supervise the development and manufacturing of Boeing aircraft, the company said in a statement on Wednesday (Sept 25).

Retired Admiral Edmund Giambastiani, a former vice-chairman of the US Joint Chiefs of Staff, is heading the effort.

The announcement comes at a pivotal moment for Boeing as it finalises reworked software for the Max, which has been grounded for more than six months. The company, which is seeking to allay public outrage over the tragedies and regain consumer trust, also faces numerous reports and investigations in the weeks ahead that are likely to criticise lapses involving a flight system linked to the crashes.

A final report by Indonesian investigators examining the Oct 29 crash of a Lion Air 737 Max is due in November.

In the US, the National Transportation Safety Board is preparing safety recommendations, Congress is planning hearings and several independent panels are reviewing various aspects of the cases. The Justice Department is conducting a criminal investigation.

According to preliminary reports about the Lion Air disaster and an Ethiopian Airlines accident in March, pilots were overwhelmed by an obscure new flight-control feature added to the Max: the Maneuvering Augmentation Characteristics System (MCAS).

MCAS kicked on because of erroneous sensor readings and repeatedly pushed down the noses of the planes. 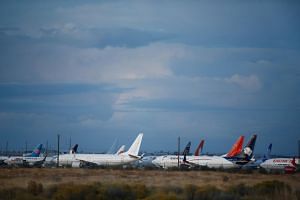 End of Boeing 737 Max grounding up to individual countries: US FAA

Boeing directors are updating the company's policies and processes for airplane design and development following a five-month study.

The effort was spearheaded by Giambastiani, a career nuclear submarine officer in the US Navy, at the request of Boeing chief oxecutive Officer Dennis Muilenburg. Joining Giambastiani on the new safety panel, which was approved by directors in August, will be Duke Energy Corp CEO Lynn Good, and Lawrence Kellner, the former head of Continental Airlines.

The board recommended that Boeing establish a product and safety organisation to report to senior leadership and Giambastiani's committee that would safeguard employees who flag safety concerns or "undue pressure" from managers.

In a switch, the Boeing engineering and technical experts who act as representatives of the US Federal Aviation Administration for airplane certification would report to the new group rather than managers belonging to the aircraft programme. This would alleviate some of the potential conflict for the so-called Administrative Representatives in flagging issues.

The board also recommended that Boeing:

- Work with airlines to "re-examine assumptions around flight-deck design and operation", particularly given shifts in demographics and "future pilot populations". Boeing should also work to bolster pilot training methods and teaching materials.

- Change the reporting structure for engineers. Throughout the manufacturer, they would report through chief engineer Greg Hyslop to Muilenburg. The vice-president heading the new product and services safety organisation would also report to Hyslop.

- Require all safety reports, and potential safety reports, to be reviewed by the chief engineer. Doing so would "increase transparency" and ensure that issues flagged from all levels of the company wind up in front of senior management.

Muilenburg and other senior leaders are reviewing the recommendations and soon will announce actions that they will take in response to the board, Boeing said.