NEW YORK (WASHINGTON POST) - On April 23, according to Canadian police, Alek Minassian drove a van onto a busy Toronto sidewalk, killing 10 people, most of whom were women, and injuring 14 others.

Police said Minassian allegedly posted a "cryptic message" on his Facebook account minutes before he began driving the van, an apparent reference to a post reading: "The Incel Rebellion has already begun! All hail the Supreme Gentleman Elliot Rodger!"

The post pointed to the violent anti-woman ideology that apparently fueled the attack, an ideology with roots not only in centuries of misogynistic law and tradition but also in a more recent anti-woman backlash that is part of a reaction to the rising feminism of the last 50 years.

First, a short primer: "incel" stands for involuntarily celibate. Originally coined by a Toronto woman in the 1990s, it has been co-opted by an online misogynistic subculture of men who blame women for their sexual frustration.

Some revere Elliot Rodger, who went on a killing rampage in 2014, after writing a 141-page manifesto that attributed his virginity to women who had rejected him. Others have called for mass violence targeted at women, including rape and acid attacks, as part of the "Incel Revolution."

Although some in the incel community condemned the violence, others are celebrating it, declaring Minassian a martyr for "our future".

"I will have one celebratory beer for every victim that turns out to be a young woman between 18-35," one posted online.

Violent misogyny is nothing new. Minassian's alleged attack reminds many Canadians of the École Polytechnique Massacre in Montreal in December 1989, when Marc Lepine shot and killed 14 women at an engineering school. Lepine claimed he was combating feminism.

But until very recently, white men in patriarchal societies such as Canada and the United States didn't have "incel" complaints, because they enjoyed relatively free access to women's bodies. Indeed, the seething rage that allegedly fuelled Minassian's terror comes from women gaining more control of their bodies, thanks to decades of activism.

In the process, they're denying white men an old privilege to which many still feel entitled: sex whenever they want it.

For most of American history, English common law, which lies at the heart of the American and Canadian legal systems (with the exception of Quebec), placed women under the legal protection of their husbands or fathers.

A married woman was a feme covert - or covered woman - whose recognition under the law was bound to that of her husband. In early America, this meant that in cases of rape, which were occasionally prosecuted so long as the woman was white and behaved as women were expected to behave - gentle, passive, pure - the crime was committed against the woman's husband, not her.

The presumption was that the woman's body was not hers to violate.

American chattel slavery granted not just access but ownership of black women's bodies to male slave-owners. At the same time, slavery's legal framework of partus sequitur ventrem (which literally meant "offspring follows belly") subverted European norms so that a child's status followed that of the mother, not the father. So if a white owner raped his enslaved woman, the children would also be enslaved.

And as scholars and activists have pointed out for decades, Euro-American colonisers saw the bodies of indigenous women and girls as theirs for the taking, like the land these women and their communities lived on. 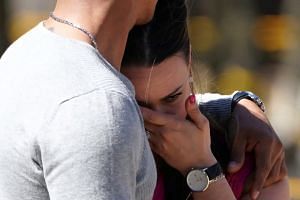 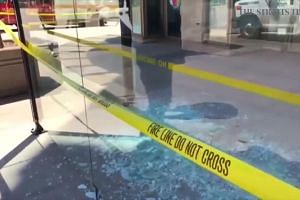 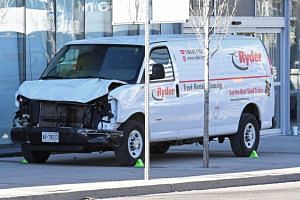 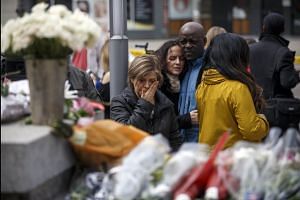 Even today, indigenous women in both Canada and the United States continue to face disproportionately high levels of sexual violence.

While some of these specific laws changed over time, the general tradition of unfettered access to women's bodies continued well into the 20th century. Marital rape, for instance, did not become a crime until 1979 in the United States and 1983 in Canada.

Even that was a struggle. When Canadian Member of Parliament Margaret Mitchell raised the issue of domestic violence in the House of Commons in 1982, she was laughed at. It took until 1993 for marital rape to be considered a crime in all 50 US states.

Some never got the memo. In 2015, Donald Trump's lawyer, Michael Cohen, tried to defend accusations of rape levelled at his client by saying husbands could not rape their wives. (He later apologised.)

It is still exceedingly rare for women to see their rapist or sexual assaulter convicted. In many ways, Canadian and American culture still sees men as sexually entitled to women's bodies.

Incels represent a form of extreme misogyny, but it would be a mistake to see them as somehow alien to American and Canadian societies. They are instead deeply embedded in societies that tolerate an extraordinary level of sexual violence against women stemming from male entitlement.

Which is not to suggest that women have not advanced. They have, in fact, fought back, making impressive gains in rights and protections since the mass mobilisation of the feminist movement of the 1960s.

In the late 1960s, second-wave feminism stressed the need to take sexual violence seriously. By January 1971, feminists (who were then considered radical) organised a Rape Speak-Out. One of the main findings from this was that rapists tended to be boyfriends or husbands, not strangers. This was one of the first events to address sexual violence as a social - not personal or private - problem.

Ever since, feminists and anti-rape activists have struggled to combat sexual violence in all forms. The advent of the #MeToo and #TimesUp movements suggests women have made some significant headway.

For perhaps the first time in history, powerful men have lost their jobs after women came forward with allegations of sexual violence. And with the conviction of Bill Cosby for sexual assault, a powerful man will actually go to jail for his crimes.

Though women's gains within the criminal justice system are still small, their stories are being heard - and perhaps trusted - in a way that they never have before. For the first time in the history of white patriarchal culture, white men's relatively unfettered access to women's bodies is being challenged at a mainstream societal level.

This is the context in which "incels" are calling for mass violence against women. In the same way that new reports suggest supporters of Donald Trump weren't nervous about their finances, but rather their white entitlement, incel ideology is a response - a backlash - to the fact that men's entitlement to women's bodies is no longer always a given.

So, yes, the violence in Toronto appears to be just one incident in a broader history of violent misogyny that goes back centuries. But seeing it in only those terms overlooks the significance of feminist and anti-rape movements since the 1960s.

And more than anything, it overlooks the subtle cultural transition that women have been working towards for decades to give women control over their bodies, which is the very thing incels seem to hate most.