MANAMA (AFP) - Unesco removed the Mesoamerican coral reef in Belize from its list of threatened World Heritage Sites on Tuesday (June 26), praising the Central American country for its "visionary" steps to protect it.

The reef - the second largest in the world, after the Great Barrier Reef in Australia - is an underwater playground for hundreds of varieties of tropical fish, sea turtles, manta rays, sharks and many more species.

It spent nearly a decade on the endangered list, prompted by concerns over Belize's plans to allow oil exploration nearby, unchecked construction on shore and the general lack of laws to protect the site.

But Unesco praised the country for taking action to reverse the trend.

"A visionary plan to manage the coastline was adopted in 2016," said the United Nations body at a meeting in Manama, Bahrain.

"The level of conservation we hoped for has been achieved." Known for its breathtaking biodiversity and its proximity to shore - just a few hundred meters (yards) in many places - the Caribbean reef system was named to the prestigious World Heritage List in 1996, but placed on endangered status in 2009.

The warning also encompassed the mangroves that help protect the reef and serve as a breeding ground for many of the hundreds of fish species that inhabit the area's bright turquoise waters.

The mangroves had been disappearing at an alarming rate as urban development encroached on the coastline. 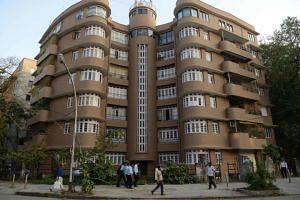 Ultimately alarmed over the fate of one of its top tourist attractions, the Belizean government started adopting a series of laws to protect the reef, culminating in a moratorium on offshore oil exploration passed by parliament in December.

The legislation came after environmentalists organized an informal referendum in 2012 in which 96 percent of Belizeans voted against offshore oil exploration, choosing the reef over the potential economic gains for the poor Central American country.

"We are happy that in this instance the government and the people decided that this is something that we can't risk," the country's Deputy Prime Minister, Patrick Faber, told AFP.

Between fishing and tourism, Belize estimates the reef brings in some US$37 million (S$50.4 million) a year.