LIMA (AFP) - From atop the Andes mountains to the depths of the Amazon rainforest and frigid Patagonia, indigenous people have long eaten quinoa, camu camu and calafate, a healthy diet that has become a global phenomenon now threatened by overproduction.

Consumed for thousands of years by indigenous people, these superfoods have only recently been widely popularised and made accessible to international markets.

Between 2011 and 2015, these ancient natural products saw their prices jump 202 per cent, according to Promperu, Peru's export and tourism commission.

There was a 10 per cent increase from January to November 2017 in the exports of these foods, such as the sacha inchi nut rich in fatty acids and the high-vitamin lucuma fruit, Promperu said.

The growing consumption of these health foods praised by foodies, vegetarians and dietitians has led producers to try to align their annual yields with demand.

But the soil composition and the processing the superfoods undergo to be sold commercially and exported can alter or destroy their unique properties, warned chemist Marcela Zamorano, who specialises in food analysis, at the University of Santiago, Chile.

"The main challenge is to make sure the nutrients of an industrialised product don't decrease compared to the original grains," said Finnish food chemist Ritva Repo of La Molina agrarian university in Lima, who has written several books about quinoa.

Originally from the Andean Plateau of Bolivia and Peru, quinoa is now also grown in China, India, the Netherlands and the United States, among others.

Taken out of its natural habitat, this Andean grain loses some of its nutrients, according to Repo. 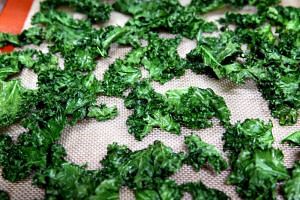 Eating clean - the alluring trend we cannot seem to shake off 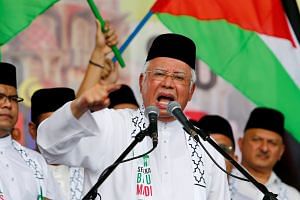 "The quinoa that grows at 4,000m is the most nutritious," said Promperu director Isabella Falco, who is pushing for labelling the grain by origin so the consumer can identify Peruvian products.

Amaranth, which is richer in calcium and protein than quinoa, and kaniwa, which contains more fibre and iron than amaranth, could eventually join other ancient Andean grains in meeting the same fate as quinoa.

Experts say these grains, fruit and berries can help prevent or slow the progress of non communicable chronic diseases such as diabetes.

But they cannot replace medicine if you are sick, stressed Ms Zamorano.

"Usually, superfoods don't fight a particular pathogen, but they prevent the development of certain diseases," she told AFP.

An industry has now been built around cakes, jellies and energising drinks using ingredients like maca (a root vegetable nicknamed the Incan Viagra), camu camu (an Amazonian fruit that contains as much vitamin C as 60 oranges) or the ultra-nourishing coca leaf.

At the University of Chile, researchers are examining the anti-obesity properties of the calafate berry, which grows in southern Chile and Argentina.

"Our idea is that this could serve to supplement a weight loss diet," said Mr Diego Garcia, who is heading the project.

Mr Garcia is also studying the anti-inflammatory properties of Chilean guava, wild strawberries and the midnight blue-hued maqui, or Chilean wineberry, used to tint wine and that boasts anti-oxidant properties.

In La Paz, Lima and Santiago, these superfoods are given the place of honour in a growing number of restaurants, some of which have obtained top gastronomical rankings, such as Santiago's Borago, Amaz in Lima and Gustu in Bolivia's capital.