MEXICO CITY (WASHINGTON POST) - Americans following the trial of drug lord of Joaquin "El Chapo" Guzman could be forgiven for mistaking it for a Netflix series: diamond-encrusted pistols, dramatic tunnel escapes and a teary mistress on the stand, testifying in front of the kingpin's wife.

But for Mexicans, it was a sad reminder of the violence and corruption that affects their daily lives. Many were Guzman's victims, his investigators and the journalists who revealed his collusion with the Mexican government.

While he was being prosecuted thousands of kilometres away in Brooklyn, they watched the trial on television and read about it online and in WhatsApp messages.

Guzman was found guilty on Tuesday (Feb 12) of all the charges against him, in a trial that offered rare insight into the internal workings of the most powerful cartel in the country. He faces a life in prison.

The verdict quickly topped headlines and became a trending topic in Mexico on Tuesday.

"The destiny of the person known as the most powerful capo in the world has concluded," wrote the Jornada newspaper.

Prominent Mexican journalist Leon Krauze tweeted: "Joaquin Guzman will spend the rest of his life in prison, undoubtedly in a place where escaping or suicide is practically impossible." 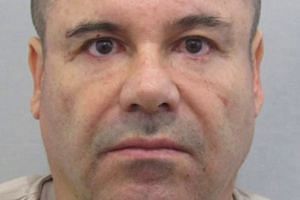 But even before the jury delivered its verdict, those affected by the cartel watched the revelations in horror.

In Guzman's former home state of Sinaloa, Ms Mirna Medina read details that would haunt her: the testimony that he buried his victims alive.

For Ms Medina, it was personal. In 2014, she launched a frantic search for her son after he was reported missing, finally encountering his remains in a clandestine grave.

Other mothers whose sons disappeared couldn't even bear to watch. Stories of torture and violence fill the newspapers, but for Ms Medina, Guzman is a painful, national symbol of the suffering that thousands suffered at the hands of organised crime. And for her, the excruciating details of the trial culminated in the testimony of one trial witness.

On Jan 24, Mr Isaias Valdez Rios testified that Guzman shot one of his blindfolded victims in the head.

"We put him in a hole and buried him," he said. The victim was "still gasping for air".

Ms Medina said that it was "deeply painful to hear those testimonies". She added that Guzman facing justice in the United States is no consolation. "Nothing will compensate for it, and nothing will return the lives of so many people who died because of him."

Mexican journalist Anabel Hernandez watched, as much of the reporting she had done over the past decade was borne out in witness testimony in the trial.

In her book Narcoland, she outlined Sinaloa cartel bribes to government officials, including former presidents. And her reporting of these topics came at a price.

Ms Hernandez received death threats against her and her family after the publication of the book. She sees the testimony that emerged at the trial as a vindication of her work.

Even the most striking allegation did not come as a surprise to her.

The testimony that Guzman's cartel paid US$100 million (S$135 million) to former Mexican president Enrique Pena Nieto for the ability to do business without government interference made international headlines.

The witness provided no proof of the payment, which Mr Pena Nieto denied. Others testified about paying off security ministers, military officers and other top officials.

"The authorities are obligated to investigate these claims," Ms Hernandez said, adding that the new president, Mr Andres Manuel Lopez Obrador, "has not publicly announced what he is going to do with these reports".

To others in Mexico, the trial hardly registered, including for Mexico City newspaper vendor Juan Francisco Perez. He said there are more important issues, such as the impact of a recent gasoline shortage and the crisis in Venezuela.

"People are more interested in what the president will do than with El Chapo," he said.

The trial is a painful reminder of the human toll left by the drug war. Since Guzman's capture in 2015, the homicide rate in Mexico has climbed, with 2018 registering the country's highest number of killings in the past 20 years.

The border city of Ciudad Juarez, for example, saw homicides triple since 2014. And in Tijuana, those rates have skyrocketed in recent months. The number of people who disappeared passed 40,000 in January, according to government figures.

Meanwhile, the flow of drugs to the US continues unabated. And a 2018 Drug Enforcement Administration report stated the Sinaloa cartel "maintains the most expansive footprint in the United States".