BUENOS AIRES - Prime Minister Lee Hsien Loong called on countries to embrace technological change instead of yielding to their anxieties by obstructing it, while urging governments to help workers displaced by new technology take on new jobs.

"We cannot freeze the status quo, we will not succeed in preserving out of date arrangements, because the world will leave us behind," he said in a brief speech about the future of work at the Group of 20 summit on Friday (Nov 30).

Companies and industries must adapt to new technologies and market conditions, while workers have to adopt the mindset of lifelong learning, he added.

Singapore is attending the G-20 summit as a representative of Asean, which it chairs this year, at the invitation of this year's G-20 president Argentina. It is also speaking on behalf of an informal coalition of small and medium-sized states known as the Global Governance Group.

In his speech at the session on the global economy, the future of work and women's empowerment, PM Lee said that countries should work on the basis that technological disruption will create new jobs even as old jobs are taken away.

For instance, although robots have replaced humans on the factory floor, people are still needed to program and operate the machines, he said. And in professions such as accountancy and law where tedious work has been automated, professionals who focus on tasks requiring human judgment and interaction still remain.

"So jobs will be there. Our task is to provide our people with the right education and skills to take them up," he said.

Governments can work with businesses and unions to equip employees who are at risk of being displaced with new skills and to redeploy them, he said. On top of this practical support, workers should also be reassured because for every person displaced, many more are worried and anxious, said the Prime Minister.

"We must give them the confidence to make the adjustments, intervening wherever possible before the workers are displaced," said PM Lee, adding that this is what Singapore has been trying to do.

Mr Lee and Mr Rutte both reaffirmed the warm and substantive relations between the Netherlands and Singapore, and discussed new areas of cooperation like the digital economy, said the Prime Minister's Office in a statement.

"They noted that both countries are among the top trading nations in the world, and share common interests in an open, rules-based multilateral trading system," said the PMO.

The two leaders also welcomed the signing of the European Union-Singapore free trade agreement which would further strengthen Singapore-Netherlands relations, and Mr Rutte expressed support for the agreement's early ratification by the European Parliament.

With Brazil's Mr Temer, Mr Lee conveyed Singapore's commitment to working closely with Brazil's incoming president Jair Bolsonaro and his administration to continue strengthening the relationship between the two countries.

Mr Lee thanked Mr Temer for his steadfast support for the Singapore-Brazil relationship, which has progressed considerably over the past two years, particularly in terms of economics.

Both leaders also looked forward to the ratification of the avoidance of double taxation agreement and first round of negotiations early next year on a free trade pact between Singapore and Mercosur, a South American customs union comprising Argentina, Brazil, Paraguay and Uruguay. 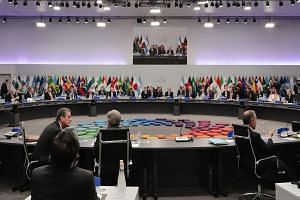 Saudi prince back on stage to Putin delight, Macron warning 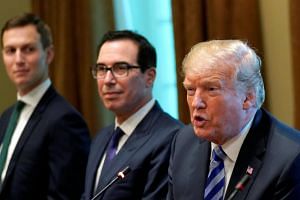 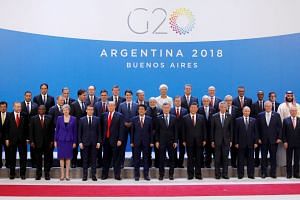 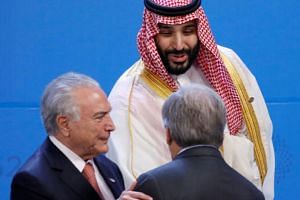 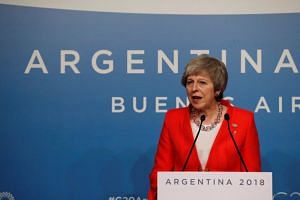 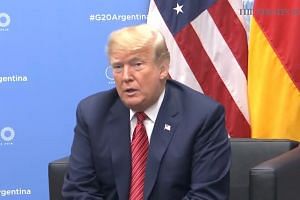 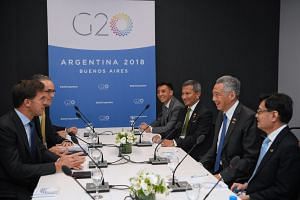