UNITED NATIONS (AFP) - Colombia's new president, Ivan Duque, called on Monday (Sept 24) for the diplomatic isolation of neighbouring Venezuela, urging pressure to restore democracy in what he labelled a dictatorship.

At the annual United Nations General Assembly, the right-leaning leader said Caracas should be barred from talks called for on Tuesday to support countries that have taken in migrants from the country grappling with a severe political and economic crisis.

Colombia has accepted more than one million Venezuelans.

Venezuelan Foreign Minister Jorge Arreaza has said he wants to gate-crash the meeting, which will include representatives of the World Bank and other financial institutions, and seek US$500 million (S$683 million) for his own country's needs so it can repatriate its nationals.

"I want to be very clear on this - what we have in Venezuela is a dictatorship. And what we are going to have there is a forum of countries that are defending democracy and want freedom for Venezuela," Duque told reporters when asked about Arreaza's hope of attending.

"The world needs there to be a real and effective diplomatic siege so that we can end this dictatorship and return freedoms and democracy to Venezuela," Duque said.

"This statement is not bellicose, but we are calling on the international community to denounce and apply all necessary sanctions." 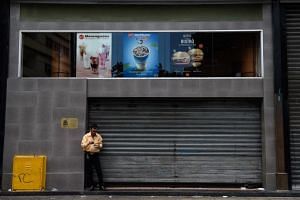 Some 2.3 million Venezuelans, or 7.5 percent of the population, live abroad with the number sharply growing in the past several years as hyperinflation slashes the worth of salaries and makes necessities prohibitively expensive, according to the UN.

Colombia has been joined by Argentina, Chile, Paraguay and Peru in calling on the International Criminal Court to investigate alleged crimes against humanity by Venezuelan President Nicolas Maduro's hard-left government.

Duque said that the move would boost coordination "to allow the Venezuelan people to take back their freedom."

Duque meets separately on Tuesday with US President Donald Trump, who has taken a tough line on Venezuela but also opposes the International Criminal Court on grounds of US sovereignty.