OTTAWA (REUTERS) - Canada on Thursday (March 28) took a notably tougher line with China over its ban on Canadian imports of canola seed, saying Beijing had provided no scientific evidence to justify the move and was hurting its own reputation.

China, citing the discovery of pests, expanded its ban on canola seed imports on Tuesday to include shipments from a second major exporter, Viterra.

Canada's Liberal government and China have been locked in a trade and political dispute since the chief financial officer of Chinese telecom giant Huawei Technologies was arrested in Vancouver last December on a United States extradition request.

China accounts for about 40 per cent of Canada's canola seed, oil and meal exports, according to the Canola Council, with seed exports to China worth some C$2.7 billion (S$2.73 billion) a year. 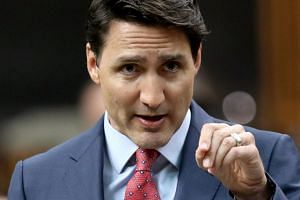 "The restrictive measures imposed by China are said to be rooted in science. We have asked for the evidence," Public Safety Minister Ralph Goodale said in a statement.

"To date, none has been supplied. We will keep pushing as hard as we can on this vital point," added Mr Goodale, who is from the western province of Saskatchewan, a major canola producer.

Mr Trudeau said on Wednesday that he was concerned about the ban and could send a delegation to Beijing. He met Richardson executives on Tuesday.

The Chinese Embassy was not immediately available for comment.

"We will intervene at the right level of seniority and intensity - scientifically, strategically and diplomatically - to have the best possible impact," said Mr Goodale.

Conservative legislators on Thursday sent a letter requesting an emergency meeting of the House of Commons agriculture committee the next day.

"We fear that if this issue is not resolved expeditiously, farmers will suffer significantly because of the prime minister's ongoing mishandling of the Canada-China relationship," they said in the letter.