SINGAPORE - Ahead of a major event to be held next Monday (March 25) at Apple's Cupertino campus, the iPhone maker decided to announce many new hardware products this week.

This might seem curious at first but looking at them more closely, the new hardware actually point to the much rumoured media streaming service that Apple is expected to announce in a few days.

Earlier on Monday, the tech giant unveiled an all-new 10.5-inch iPad Air model (starts from $749) with Apple's latest A12 Bionic processor, as well as a True Tone display that is nearly 20 per cent larger than its 9.7-inch predecessor.

Apple also finally announced a new updated iPad mini (starts from $599) after a three and a half year lull. While still sporting the same petite size with a 7.9-inch True Tone display, the screen is now 25 per cent brighter and the slate also packs the A12 Bionic processor to deliver three times the performance than its predecessor.

The sweetener is that both new iPads now support the first-generation Apple Pencil stylus, so users can draw or edit their photos with it, unlike the case with the older tablets.

The new iPads can be bought now.

Then on Tuesday, Apple's all-in-one computer, the iMac, was refreshed too, after a two-year wait. The model with a 21.5-inch Retina 4K display (starts from $1,899) gets an eighth-generation Intel quad-core or six-core processor and a discrete graphics processing unit in the form of AMD's Radeon Pro Vega. 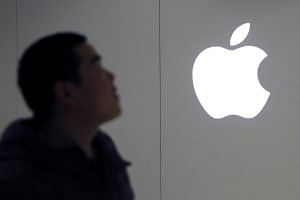 After surprise guidance cut, what's next for Apple?

The 27-inch Retina 5K display model of the iMac (starts from $2,599) was updated with the latest ninth-generation Intel six-core or eight-core processors.

Both new iMacs will be available later this month.

And that was not all. On Wednesday, the second-generation AirPods - Apple's true wireless in-ear headphones - was finally announced. Their design remains unchanged from the first-generation earphones' but they now come with a new Apple-designed H1 chip for better connectivity, hands-free voice activation (so you can say "Hey, Siri" to use Apple's digital voice assistant with the new AirPods), and better battery life touted to support up to 50 per cent more talk time than the original.

Some of these upgrades have been a long time coming, like the iPad mini and the iMac which have not been updated for years. Why upgrade them now, though?

The updates could very well be to support and improve media consumption experiences since Apple is expected to announce new digital services next week.

For example, what better way to catch new flashy TV shows on Apple's new service than with gadgets that support sharper resolutions? And how about watching shows with AirPods that can run for a longer time without worrying about charging them in no time?

But why is Apple going into digital services? Well, Apple's perennial cash cow - the iPhone - has seen slowing sales-wise in the last few quarters. So Apple is increasingly turning to digital services to ensure revenue growth as well as to diversify its business and not put all its eggs in one basket. 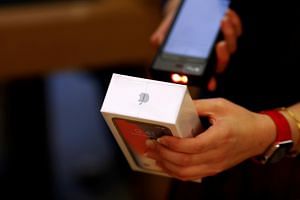 In rare move, Apple to cut some iPhone prices outside US to offset strong dollar

This means that we will probably see the launch of Apple's very own TV and movie media streaming service to rival the likes of Netflix, Amazon Prime, Hulu, HBO and others. There are even rumours that the event will be attended by several celebrities such as actresses Jennifer Aniston and Jennifer Garner, and director J.J. Abrams.

It was also reported that Apple has spent over US$1 billion ($1.35 billion) on original TV shows and films, as it readies itself for the video streaming war.

Apple is also rumoured to announce a premium news subscription service. Apple bought Texture, a digital newsstand business, last year. And according to various reports, the tech giant has been in talks with many newspapers and publishers.

But some major publishers, such as The Washington Post and The New York Times (NYT), are apprehensive due to the proposed revenue split between publishers and Apple. Even so, The Wall Street Journal is believed to be joining Apple's news subscription service, according to a NYT report.

We will probably find out more about its digital services when Apple CEO Tim Cook takes the stage at the Steve Jobs Theater next week.