The Malaysian budget postpaid mobile services provider said it is targeting a one million strong market segment comprising Malaysians living and working here, as well as Singaporeans who make regular trips across the Causeway.

redONE Singapore's three monthly plans range from $8 to $28, offering up to 10GB of mobile data.

Customers do not incur data roaming charges if they use their high-speed data quotas while roaming in Malaysia.

redONE's plans also include up to 300 minutes of free calls and 30 SMS to other local telcos as well as all Malaysian numbers.

Customers who are heavy social media users can subscribe to the redSocial bundle - a monthly $18 add-on for an additional 20GB of Facebook, Skype, WhatsApp and YouTube data - or redSocial Lite, which provides users with an additional 10GB for $10 a month.

redONE Singapore chief executive Francis Cheang said the redSocial Lite option was introduced in response to user feedback from a month-long trial that began in May. 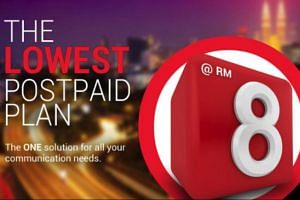 Mr Cheang added that subscriber numbers have exceeded the company's expectations, but declined to reveal the exact figure.

There are at least 400,000 Malaysians living and working in Singapore.

The seventh and oldest MVNO is Circles.Life, which leases its network from M1.

He pointed to how redONE is one of three MVNOs to have outlasted the competition in Malaysia since the MVNO boom began there in 2006. At one point, there were 18 MVNOs in Malaysia.

"The same cycle will repeat itself in Singapore. You will see a proliferation of people who think the MVNO business is easy... but they will learn the hard way," said Mr Farid.

"It's not about having the cheapest price, it's about how you service the customers and give value. It's also about understanding the market and that's where we believe our strength lies."

Customers can currently sign up for redONE plans at 26 locations island-wide, including the Challenger flagship store at Bugis Junction.

redONE wants to expand to 200 locations within two years.

The locations can be found at www.redone.com.sg/support/locate_an_agent.