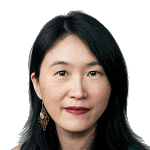 While we have habituated ourselves to the default settings and features of the leading social media platforms, it is timely for us to consider just what makes today’s social media “social” and how these elements may be ripe for a rethink and redesign. In particular, we should reflect on the dimensions of connectedness, reciprocity, publicness and privacy.

As social creatures, humans enjoy the company of others and research shows that social connections confer health benefits as well. Hence, we are motivated to foster everything from casual connections to enduring relationships through mutual interaction. Today’s dominant social media platforms serve this interaction function brilliantly. They allow us to look up possible contacts whom we can connect with, and many will suggest new contacts drawn from the extended network of our close friends and acquaintances.

Over social media, one can – through close intimates – get to know distant connections virtually, and concurrently nurture deeper relationships with online contacts that often pave the way for face-to-face interactions. Although we now take it for granted, this mutually enriching relationship between online and offline interactions is what made social media such a game changer when it first entered the scene.

Indeed, we can use social media to traverse physical boundaries and social divides to forge strong bonds while enjoying serendipitous encounters. Think of the long-lost schoolmates or relatives living overseas whom you chat with on a regular basis via WhatsApp or WeChat. Consider also the unexpected friendships you developed through joining a Facebook group or commenting on a TikTok video. These opportunities for socialising lend social media platforms tremendous appeal.

Clearly, relationships don’t grow on the basis of mere connections but must be nourished through reciprocity. You reply when someone texts you and return a fun emoji or a delightful GIF. When your friend posts about the demise of his pet, you express your condolences in a comment, just as he had reacted with a heart sticker when you announced the birth of your child.

Friendship ties are now captured in neon lights, allowing all and sundry to scrutinise who is no longer friends with whom, or why X never liked Y’s Instagram photo. Debates between friends and strangers on controversial issues are also played out in a very public fashion on many social media platforms, allowing random “passers-by” to spectate or even add fuel to the fire. To be sure, publicness can be a force for good that allows messages of social import to be significantly amplified.

However, the highly open and public nature of many online spaces is also what gives rise to spontaneous interactions among loose gatherings of people with no sense of shared norms or mutual accountability. In such circumstances, the strident airing of views can rapidly turn into hostile arguments, especially on controversial or divisive topics. As is often observed of Twitter or Reddit conversations, “well that escalated quickly!”

This gross degree of publicness, coupled with anonymity, is what increasingly unsettles netizens about platforms like Twitter where the trolling and harassment of celebrity and ordinary users alike has reached uncomfortable levels. Alternative platforms such as Mastodon and Discord enable users to choose the communities they want to participate in, thus giving users greater autonomy over which “publics” they want to join and how public they really want to be.

With greater customisability, users can better calibrate how visible their profiles are and whom they want to be visible to. This obviously begs the question of privacy. We have become increasingly immune to leaving digital trails everywhere we tread online, tracking the activity of others while allowing ourselves to be surveilled.

With WhatsApp’s blue ticks and “last seen” status updates, Facebook Messenger’s and Instagram’s “read” receipts, LinkedIn’s “active now”, and iMessage’s and WeChat’s “typing” notifications, our online activity is perhaps more visible to online contacts than our physical activity is to people we live with. Although many of these features can be turned off, users either do not know how to disable them or find them convenient to retain.

Be it connectedness, reciprocity, publicness or privacy, granting users a higher degree of control is vital for raising the quality of the social media experience. The publicness of many social media platforms that allow our friendship networks and reciprocal interactions to be up for scrutiny should be determined by user preferences. The quantification of “likes” and reactions to different posts should be an option and not a mainstay. All platforms should also offer privacy by default to grant users greater agency over managing their visibility to others.

To some extent, several platforms already offer such choices to users, but these are often hidden and require concerted effort by users to discover them. How algorithms function to suggest possible friends and feeds is also cloaked in mystery. Greater public education on features that facilitate customisability and personalisation must be undertaken to raise the transparency of social media platforms.

Set against the entire evolution of human civilisation, human interaction via social media platforms is but a short blip on the trajectory. And yet the interactions these technological infrastructures afford have clear virtues as well as distinct downsides.

Social media may be here to stay but the forms they assume can yet be reshaped to better accord with human needs, social norms, cultural values and community dynamics. We must seize the opportunity to disinvent and reconstruct social media as we currently know it.

More On This Topic
Online safety and social media liability: Has the tide turned?
Cutting back on Twitter changed my life for the better