SINGAPORE - In an epic win for the video gaming and e-sports scene here, Singapore will play host to the first Asian edition of the world's largest gaming festival, Gamescom.

Fans and enthusiasts will not have long to wait, as the four-day Gamescom asia will be held from Oct 15 to 18 next year.

It will consist of a two-day industry gaming conference and a three-day trade and public exhibition, including esports events, a showcase of emerging technologies in video games, as well as gaming workshops, meet-and-greet sessions and cosplay theatrics.

On Wednesday (May 29), a memorandum of understanding was signed between the Singapore Tourism Board (STB) and Gamescom organiser Koelnmesse, to mark their new partnership for the upcoming festival.  The Straits Times understands that Gamescom Asia will be a yearly festival.

Gamescom, which has been held in Cologne in Germany yearly since 2009, is one of the highlights of the gaming world.

Sponsored by game, the Association for the German Games Industry, it is the industry's largest event measured by exhibition space and number of visitors, with 370,000 visitors and 1,037 exhibitors from 56 countries attending the show last year.

STB chief executive Keith Tan said the board kicked off discussions with Koelnmesse to develop an Asian spin-off two years ago. In planning, it consulted with numerous stakeholders like the Infocomm Media Development Authority, Enterprise Singapore, industry associations, game developers and organisers of local and e-sports events.

Mr Tan said: "Apart from adding vibrancy to our events calendar, we aim for Gamescom Asia to position Singapore as the natural base for the development and commercialisation of digital and gaming content, which in turn will support our digital media industry."

Visitors can also look forward to a launch of global titles and extensive showcase of gaming-related offerings. It is not currently known what titles or publishers are on board yet. 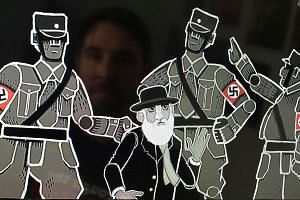 The event organisers also said the festival will be a platform for industry thought leaders, local and regional buyers, programmers, game designers and audio professionals to network, learn and exchange insights with their international counterparts.

He said Asia has been hungry for a "tier one gaming event" of this scale, and the company is expecting to attract over 30,000 enthusiasts and gaming industry professionals to the festival next year.

STB noted in a statement: "There will be business opportunities for both local and regional companies as the event will allow them to tap into the region's flourishing and lucrative gaming market."

The chief industry development officer for IMDA, Mr Howie Lau, said Gamescom Asia will offer games companies access to new business opportunities and will help them network with international publishers, developers and professionals in the thriving games market in the region.

"Industry players can also exchange knowledge, share expertise and showcase their latest games at this premier platform," he said.

According to the managing director of game, Mr Felix Falk, Asia offers a wealth of business potential, which made it appealing to bring Gamescom to this part of the world.

He said: "Gamescom is a brand with a worldwide reputation that stands for both games as the largest entertainment medium of our time, and for outstanding business opportunities.

"With Gamescom Asia, we are creating a new event in 2020 for the local games industry and gamers in one of the fastest-growing regions of the world."

STB said the festival will complement other game-related events that are held in Singapore. These include the Singapore ComicCon, formerly known as the Singapore Toy, Game and Comic Convention, and GameStart Asia, a consumer video gaming convention.

At the MOU signing, Mr Kuepper said that gamescom will be taking over GameStart Asia, and that this year's edition of GameStart Asia will be its last.

The founder of GameStart and gaming marketing firm Eliphant, Ms Elicia Lee, said: "GameStart will now be handing over the reins to Gamescom Asia, and (we) look forward to working closely with Koelnmesse Singapore to build on the current gaming community that GameStart has established over the years.

"We are extremely excited for what is to come and will be gearing up in full force as consultants for the event, bringing to the community and industry a bigger and more vibrant convention."