WASHINGTON (WASHINGTON POST) - Apple chief executive Tim Cook says people will soon be able to make the decision between their iPhone's performance and its battery life, following controversy over the company's decision to do it for them.

Cook said that an upcoming version of Apple's mobile iOS operating system will allow iPhone owners to turn off the part of their iPhone's software that slows it down to preserve its battery life, in an interview with ABC News on Wednesday (Jan 17).

But he wouldn't recommend it, as the company slowed down the phones to prevent other problems, he said.

Apple has previously said that turning off the performance throttling could tax the phone's battery and make it shut down unexpectedly.

The update is expected in the coming months, and will roll out first to developers.

Apple keeps a famously tight grip over its software, but was forced to be more transparent than normal after some iPhone owners noticed late last year that their phones became noticeably faster with a new battery.

The company faced customer outcry after then confirming that its software limits the speed of some iPhones with older batteries, in order to preserve battery life. 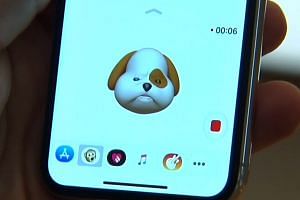 Apple apologises after outcry over slowed iPhones; slashes prices for battery replacements from $118 to $38 in Singapore

Negative reaction to that revelation eventually prompted a rare apology from Apple.

The company also offered a discounted US$29 (S$38) battery replacement to people with phones affected by the software - the iPhone 6, iPhone 6s, iPhone SE and iPhone 7.

While many iPhone owners were upset about the performance drop, many were also outraged that Apple didn't give customers a choice and was not upfront about what it was doing - sparking a slew of lawsuits around the world.

Cook said that Apple could have handled the situation better, apologised and tried to put to rest suspicions that Apple was slowing down older iPhone models in order to sell new ones.

"Maybe we weren't clear," he said. "We deeply apologise for anyone who thinks we have some other kind of motivation."