CUPERTINO - Apple announced its new iPhones - the iPhone 11, 11 Pro and 11 Pro Max - during a media event held in the Steve Jobs Theatre at the tech giant’s campus Apple Park on Tuesday (Sept 10).

Their design remains pretty much the same as their predecessors', but they all now come with an extra camera.

Apple marketing chief Phil Schiller said the new triple-camera system is the first camera system that Apple can claim to be "pro". 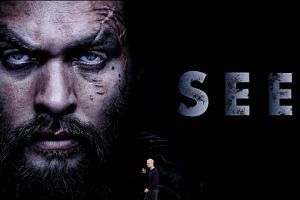 Apple TV+ will launch on Nov 1, while Apple Arcade will start on Sept 19 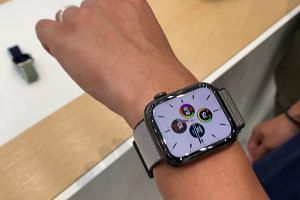 As a result, the rear camera module of the iPhone 11 series now has a squarish bump to accommodate the extra camera.

All iPhone 11 models come with the latest A13 Bionic processor, which Apple claims to be the fastest chip on a smartphone.

The iPhone 11 will be available in six colours including purple and green, while the iPhone 11 Pro and Pro Max will come in space-grey, white, rose gold and a new midnight green colour option.

Pre-orders for the new iPhone 11 series will start on Friday, and sales will begin on Sept 20.

Apple iPhones captured only 11 per cent of the global smartphone market share in the second quarter of this year, down from 12 per cent in the same period last year.