The world's most popular messaging app has introduced end-to-end encryption on messages - which make them accessible only to the sender and recipient - amid the ongoing debate over privacy of communication in the digital space.

"WhatsApp has always prioritised making your data and communication as secure as possible," the Facebook-owned company said in a blog post on Tuesday (April 5).

But how does its improved security feature stack up against other messaging apps available on the market? 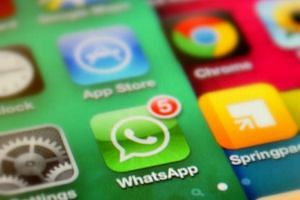 Background: Created by US computer programmers Brian Acton and Jan Koum - both former Yahoo employees - in 2009, the company was acquired by Facebook for more than US$19 billion (S$25.7 billion) on Feb 19, 2014.

Free or paid: Started out charging iPhone users a one-time fee of 99 US cents, and Android users 99 US cents every year after the first year. The subscription fee was dropped and the app made available for free in January 2016.

Why people like it: The complete lack of ads, a reliable system that rarely crashes, minimal bandwidth needed and how there is no need to add "friends" as it syncs with the contact list on a user's smartphone.

Newest feature: End-to-end encryption for messages. This comes hard on the heels of several new features introduced last month, which include document sharing, the ability to change your chat window's background, video zoom and playback, as well as the option to italicise, bold and add strikethrough formatting to messages.

Background: Launched in August 2013 by Russian-born brothers Pavel and Nikolai Durov, who currently travel the world in self-imposed exile as citizens of Saint Kitts and Nevis, after losing control of their social media company VK in a dispute with the Russian authorities.

Telegram first gained traction when WhatsApp suffered a rare four-hour outage in February 2014, with nearly five million people signing up for it during the outage.

Why people like it: Speed and security features, with Telegram claiming to be the "fastest and most secure mass market messaging system in the world". Users can also create channels for broadcasting messages to an unlimited number of subscribers, while it also has a secret chat function that encrypts messages so they can be assessed only on the devices on which they were sent and received from.

Newest feature: In an update last month, it upped the number of people who can join a supergroup from 1,000 to 5,000, and introduced powerful moderation tools for group admins.

In February, several new features such as silent messages on channels, sticker previews and an upgrade to secret chats were rolled out.

Background: Launched by Chinese Internet giant Tencent in January 2011 as Weixin, which means "micro message" in Mandarin. It was rebranded as WeChat in April the following year in an attempt to break into the international market.

Why people like it: The app supports payment and money transfer: WeChat's red envelope function enables users to send virtual money to their friends, especially during Chinese New Year.

Another popular feature is its moments function, a pseudo micro-blogging platform where users can post images, videos and share music and online articles. Their friends can also "like" the posts. WeChat users also have the option to turn on the "Friend Radar", which locates other users in his or her vicinity.

Newest feature: WeChat Out, introduced at the start of 2016 to allow users from outside China to call mobile and landlines around the globe at low rates.

A major update in May 2015 saw the debut of the speech-activated Voiceprint feature. Users can log in to their accounts by reading out a set of unique numbers.

Background: Launched in March 2011, Line was initially developed by NHN Japan, which is a subsidiary of Korean search engine giant Naver,  as a response to the devastating Tohoku earthquake. With much of Japan's telecommunications infrastructure compromised, Line became the Internet-based alternative for communication.

Its explosive success led to the creation of a new company, the Japan-based Line Corporation.

Free of paid: Free. Comes with an online store that allows users to purchase stickers and themes.

Why people like it: Billing itself as a social entertainment platform, Line is especially popular among younger users because of its much-vaunted stickers, games and specially created characters.

Newest feature: An update last month saw the app debut a free group call feature, allowing users to talk to up to 200 friends at the same time.

The app added its version of end-to-end encryption, which it dubbed "letter sealing", in October last year.