In a statement on Tuesday (June 25), TPG executive chairman David Teoh said: "These two countries are two of the top travel destinations for Singaporeans due to their proximity, so many of our customers will be able to save and break away from existing high roaming charges."

The offer will kick in from mid-July, allowing TPG's users to make unlimited calls to Singapore mobile numbers while roaming. There is a limit of 20 minutes for calls to Singapore fixed-line numbers. All incoming calls and SMS will also be free. It will offer a stored-value facility which users can top up using their credit cards to pay for any other charges incurred.

"These are just one of the many product enhancements we are launching so our customers can always stay connected and benefit from our service," said Mr Teoh.

This service is a SIM-only plan that includes unlimited data and unlimited mobile-to-mobile calls. But data at 4G speeds is capped at 2GB daily, after which surfing speed will be limited to 1Mbps for the remainder of the day. It also offers 20 local SMS messages and 20 minutes of outgoing calls to local fixed lines each month.

TPG had initially been expected to roll out services last December, while it was in the process of being spun off from parent company TPG Australia. After news that TPG Australia had started the process to merge with Vodafone Hutchison Australia, speculation mounted over whether TPG would exit the Singapore market altogether. 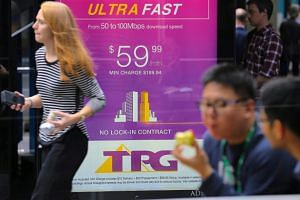 The company dismissed such talk and subsequently announced its free service trial that month, just days before the deadline from regulator the Infocomm Media Development Authority (IMDA) of having to reach 95 per cent outdoor mobile service coverage by year end.

Correction note: This article has been edited to clarify the duration of TPG's free trial.