The JBL Link Bar seemed like the answer to my cluttered TV console when I first saw it last year at Google's developer conference. It combines a soundbar, an Android TV box and a Google Assistant smart speaker in one device.

But after months of delay, I had almost given up hope that it would be launched at all, let alone in Singapore. Well, the good news is that it is finally available here. The not-so-good news is that after trying it for a week, I am disappointed to say that the JBL Link Bar is, at best, average at performing its three main functions.

For starters, it is surprisingly long for a soundbar at around one metre. It can be mounted on the wall or placed in front of the television.

In terms of audio quality, the Link Bar certainly sounds better than built-in TV speakers. Dialogue sounded clear enough while the sound did not distort even at higher volumes. There is, however, a distinct lack of bass compared to some other soundbars.

JBL has a dedicated subwoofer that can be paired wirelessly with the Link Bar, but this SW10 subwoofer is slated to launch in Singapore in end December.

What the Link Bar does not lack are audio and video inputs. It comes with three HDMI 2.0 ports that support 4K resolution and high-dynamic range (HDR) videos. These HDMI inputs can be connected to a game console or a Blu-ray player. The Link Bar itself connects to the TV via a HDMI audio return channel (ARC) port. It also has an optical input and a 3.5mm analog input.

Switching between the HDMI inputs can be done using the included Bluetooth remote control, which straddles between being simplistic and cluttered with keys. It has a Netflix shortcut key and Android's Back and Home buttons, as well as a Google Assistant button with a built-in microphone. 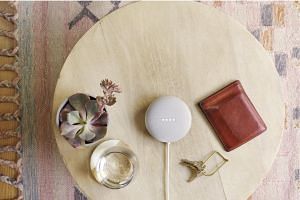 This sluggish feel is also observed while I was navigating the menu and apps in the Link Bar's Android TV interface, which is based on the Android 9 platform. But while it is not as fast as my four-year-old Nvidia Shield Android TV box, its performance is still passable.

Less forgivable is the paltry 4GB of internal storage. The Link Bar has neither a microSD card slot nor a USB port for external storage. The limited storage will affect the number of apps that you can install, which is a shame as there is a decent selection available from the Google Play Store. A big miss for me is the lack of the Amazon Prime Video app. However, the Link Bar does have Netflix, YouTube and Google Play Movies.

As a wireless speaker, the Link Bar can play audio from a paired device via Bluetooth or Wi-Fi. Chromecast is supported so you can easily send content from other devices in the home such as your phone or computer. But there is a catch. Google's Home app sees the Link Bar as an Android TV device, not as a smart speaker. This means the Link Bar cannot be linked with other Google smart speakers to play music together.

The Link Bar is a jack of all trades that is unlikely to satisfy enthusiasts. But it may be useful for those who do not have a smart TV or a soundbar.

Android TV interface could be snappier