Less than a day. That was how long it took for Apple to react to Taylor Swift’s rant about Apple Music streaming service on her blog. 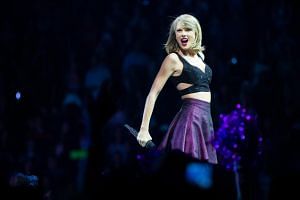 Taylor Swift to Apple: We don't ask you for free iPhones. Please don't ask us to provide you with our music for no compensation

The Grammy award-winning country songwriter-singer blasted the Cupertino tech giant for not paying royalties to music owners during the free three-month trial period in Apple Music streaming service, which will be launched in over 100 countries on June 30.

In her blog post titled To Apple, Love Taylor, Swift said she found it “shocking” and “disappointing” for Apple’s strategy. She ended the blog with: “We don’t ask you for free iPhones. Please don’t ask us to provide you with our music for no compensation.”as

#AppleMusic will pay artist for streaming, even during customer’s free trial period

Mr Cue ended the minor tweet-storm with “We hear you, @taylorswift13 and indie artists. Love, Apple”. He told The New York Times that he had spoken to Swift and let her know Apple has heard her concerns and made the change. However, Mr Cue declined to reveal how much the move will cost Apple.

We hear you @taylorswift13 and indie artists. Love, Apple

To the good news from Apple, Swift tweeted: “I am elated and relieved.”

However, it is still not sure if Swift will be making her songs available on Apple Music.

Apple Music combines a streaming music service of US$9.99 ($13.30), a worldwide 24/7 live radio station and music downloads from its iTunes Store into a single app.

Unlike Spotify, Apple Music has no permanent free plan, which was the issue that Swift had. It only has the first three-month free trial period.

Apple will be paying music owners higher royalties of 71.5 per cent compared to the industry’s norm of 70 per cent. And that is only in the US. Outside the US, the royalties can go as high as 73 percent. This was revealed in a Re/Code interview with Apple Apple executive Robert Kondrk, vice-president of iTunes content, earlier this month.

Apple Music also has a family plan which goes for US$14.99 for six users. During the Apple Music’s announcement in San Francisco earlier this month, the Straits Times understands that while Apple Music will be available in Singapore at launch, the Beats1 radio station will not be streamed here.

Local pricing is expected to be released closer to launch. The service will be available in iOS devices, Mac and Windows computers. It will be also available to Apple TV and Android smartphones later this year.